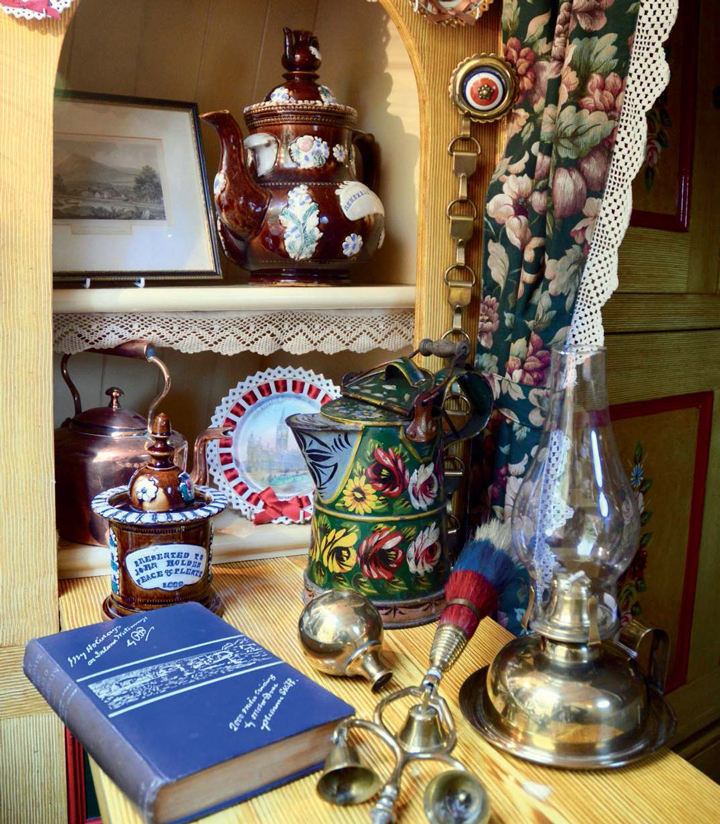 It’s hard to switch on the television in the afternoon or early evening without finding a programme about antiques. Unfortunately, though, traditional boating antiques rarely get a mention so we’ve decided to take a closer look.

Although canal-related antiques come in many forms, one of the best known is Measham pottery, typified by the large decorated teapots with a smaller teapot on the lid.

This pottery is now so closely associated with the canals that the antiques trade usually refers to it as Bargeware, although it was originally popular with people from all walks of life and in all parts of the country. However, the boating families were such proud upholders of their traditions that, once they had bought some, they continued to cherish the wares long after the land-based public had begun to tire of them.

Measham ware was produced in a number of potteries in the south Derbyshire area centred on Church Gresley, so why wasn’t it called Church Gresley Ware? The answer is that much of it was sold in a shop in nearby Measham and it was this name that stuck. The boatmen would place an order and pay a deposit on one trip through Measham to the Moira coalfields and collect the finished piece on their next trip. It’s difficult to imagine how they managed to use the enormous pear-shaped teapots in the tight confines of a back cabin without damaging them, but they probably kept them safely stowed away to be brought out only on high days and holidays. 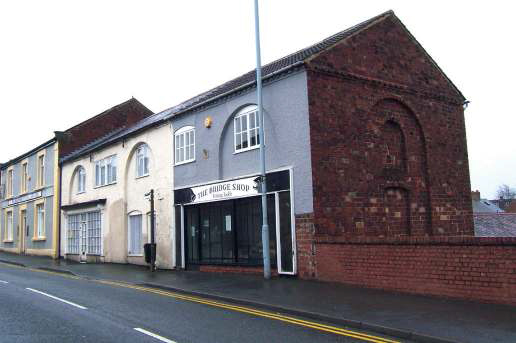 The shop by the Ashby Canal where Measham pottery was sold. Geoff Pursglove

When was it made?

The earliest examples of Measham pottery date from the 1870s and the heyday was in the 1880s and 1890s. Its popularity then gradually declined and the last pieces were made around the beginning of World War II. The style changed little over the years, although some of the later pieces were decorated in plain, bold colours in an attempt to bring them into the Jazz Age. 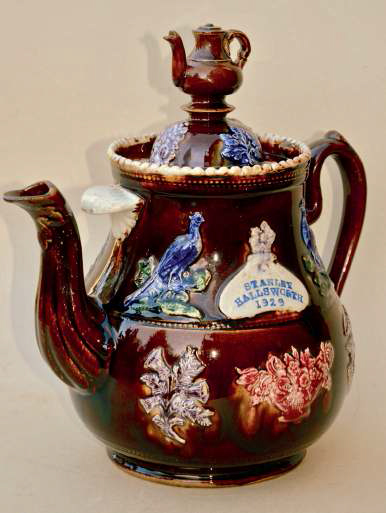 A teapot dated 1929 decorated to appeal in the Jazz Age.

What items were produced?

The archetypal Measham piece is the large, pear-shaped teapot. These were produced in many sizes from quite modest ones to enormous examples made to be displayed in the windows of tea shops. Kettles on stands were a more consistent size and were used to hold hot water to top up the teapot. Cottage pots were fairly conventional in appearance and meant for more everyday use.

No tea break would be complete without a jug for the milk, a bowl for the sugar and a mug to drink from, so these were made to match the teapots. And if your taste was for something stronger, sets of three graduated jugs were produced to carry beer or other liquids.

As the demand for Measham-ware grew, the manufacturers turned their attention to even more varied items to tempt the customers. In ascending order of present-day rarity these included: tobacco jars, loving cups, money boxes, tiny bachelor teapots, double-spouted teapots, coffee pots, pairs of vases, chamber pots and candlesticks. Perhaps the rarest of all was a Smoker’s Compendium (see picture) comprising a spittoon, tobacco jar, goblet and candlestick, which stacked one on top of the other to form a table centrepiece.

You could decide to collect just one type of Measham ware, like teapots or tobacco jars, or you could try to buy just one example of as many different types as you can. Teapots and jugs have become easier to find in recent years, which has lowered the prices slightly. However, the rarer items seem to have become rarer still, so their cost has risen.

As with most types of antiques, you need to keep a lookout for reproduction pieces. Some are easy to spot being much smaller than the originals and made from pure white clay visible around the base. However, in recent years, more convincing full-sized reproductions have begun to appear. The only solution here is to develop an eye for the real thing by looking at as much as you can, and by buying from an experienced dealer. 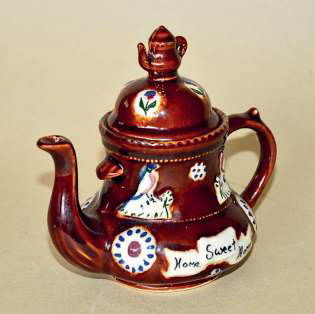 This little repro piece is not hard to detect but some are more convincing.