From the Archives: NarrowBoat, Summer 2019

The research files upon which published work has been based may not seem at first to be of special interest, as one would assume that the most engrossing details have already appeared in print. While Charles Hadfield’s files about the engineers William Jessop and Thomas Telford are not as insightful as his general files on British canals (to be covered in a future article), some contents present insights and suggest follow-up work. Jessop research Charles had been concerned about the respective involvement of Telford and Jessop in the engineering of Pontcysyllte Aqueduct since researching his Canals of the East Midlands volume in the 1960s. He became aware that Jessop, hitherto hardly discussed, had been very heavily involved in waterways engineering. Hadfield wrote a speculative article about the aqueduct in 1969, and after working with the late Professor Alec Skempton on William Jessop, Engineer (1979) returned to the question of Telford and Jessop’s achievements, which… 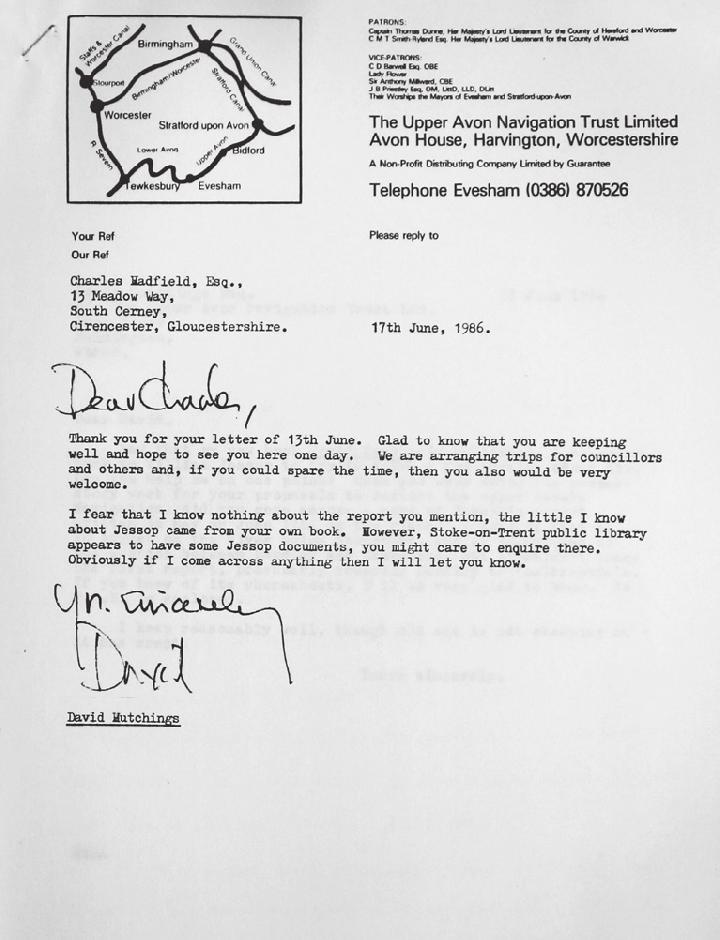