Since the completion of the Stainforth & Keadby Canal in the early years of the 19th century, its junction with the tidal River Trent at Keadby has been one of those special places to see different types of inland waterways and seagoing vessels at close quarters. During that century, the canal passed into the hands of several owners, then in 1895 became part of the Sheffield & South Yorkshire Navigation. The previous owners of the canal were the Manchester, Sheffield & Lincolnshire Railway, which became the Great Central in 1897, and this ensured there was a significant railway presence from the West Riding collieries at Keadby. There were two coaling staithes for loading keels on the canal in addition to one terminating at right-angles to the Trent for loading coastal and other seagoing craft that were too big for Keadby Lock or too deep for the canal. Some of these craft were Thames barges, which loaded for east coast and estuary ports, or into London. Other cargoes were… 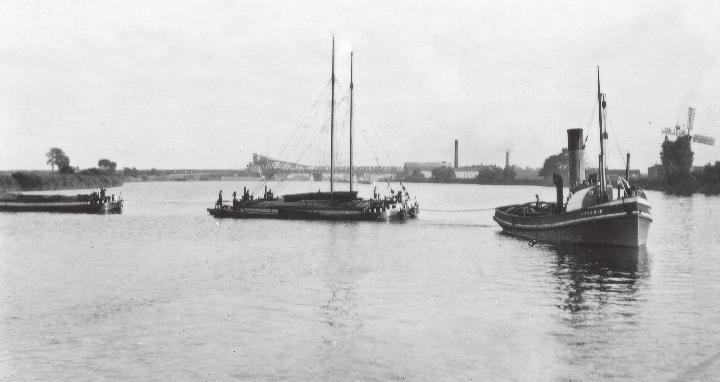