Famous fleets Chris M. Jones and Euan Corrie look at the activities of a north-western narrowboat carrier of the 1950s

Gordon Hall Waddington started work in the Manchester offices of Lancashire Associated Collieries after leaving school at the age of 15. By the start of World War II, the offices had been transferred to the former offices of the Bridgewater Collieries in the Duke of Bridgewater’s home, Worsley Old Hall. After the war, Waddington decided to go into business himself, based at Bolton in Lancashire. Having gained experience working in the transport and shipping section of the colliery office he decided to set up as a canal-carrier, forming a partnership to raise the necessary capital. Getting started The first three boats that Waddington acquired for the new venture were wide-beam vessels. Doris was an ex-Leeds & Liverpool steam-powered short-boat purchased in 1948, which was brought from Leeds to work on the Bridgewater Canal. Two wooden wide-boats named Kestrel and Panther were also bought in 1948, from Crook and Thompson. The plan was for them to work as dumb boats towed beh… 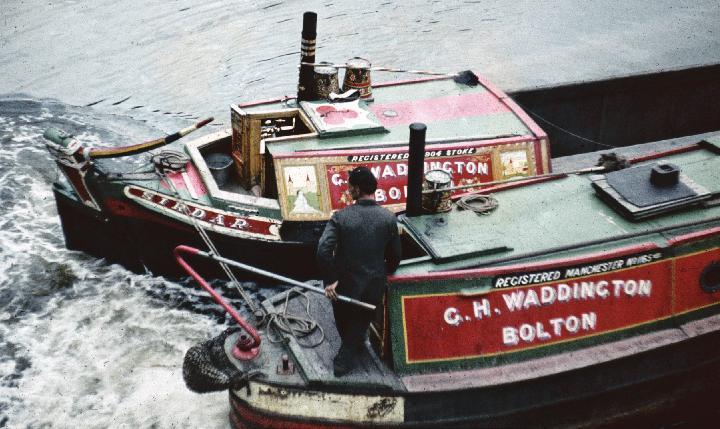