From the Archives: NarrowBoat, Winter 2018

While some archive sources can be consulted over and over again, others can be mined for limited nuggets only. The latter includes The Listener magazine, the full digitised collection of which became available from 2011. Access is only behind the publisher’s paywall, but it is possible to view it for free at some universities, libraries, schools and research institutions. Running from 1929 to 1991, it was originally a BBC magazine, based on its radio broadcasts. Some of the feature articles amplify the details of these broadcasts and are responded to by readers’ letters.Adventures in a motor-boat Broadcasts on the Third Programme in April 1956 included two talks by Professor E.E. Rich (1904–1979) of Cambridge. His second talk related his experiences in an unnamed motor-boat with a companion in summer 1931. In a journey that began and ended in York, they crossed the Pennines and followed the Shropshire Union route to the Severn and then the Kennet & Avon, returnin… 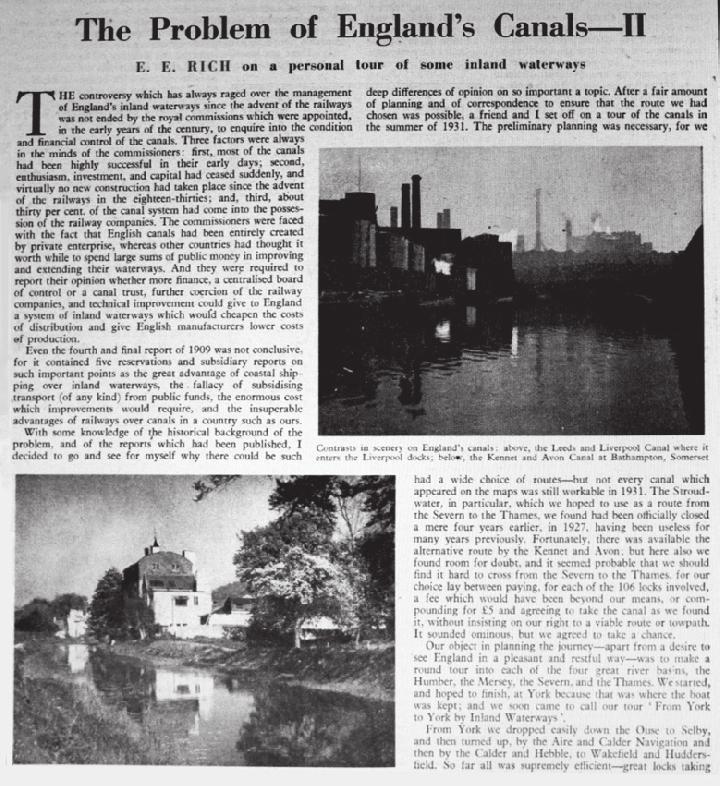