Final Years of Carrying on the Wilts & Berks

Chris M. Jones examines two rare images of carrying on the Wilts & Berks Canal during its latter years of trade

Photographs of commercial carrying craft on the Wilts & Berks Canal are extremely rare, even more so when they are shown laden with cargo. The Wilts & Berks was a rural waterway joining with the Kennet & Avon at Semington to the west, and the River Thames at Abingdon to the east. Uffington was one of several small villages along the canal, between the towns of Swindon and Wantage, and had its own wharf, seen here on the left, situated a quarter mile from the village. At the time these buildings were occupied by John Jenkins Junior, who traded as a farmer and haulier from the wharf. Taken in about 1890, the photograph shows that trade was in decline, although the towpath was still in good order and the water levels were up. The two loaded boats are travelling eastwards towards Wantage, and of particular interest are the sunken, or part-sunken, craft lying against the wharf. These appear to be evidence of an attempt by the canal’s new owners, who took over in 1877, t… 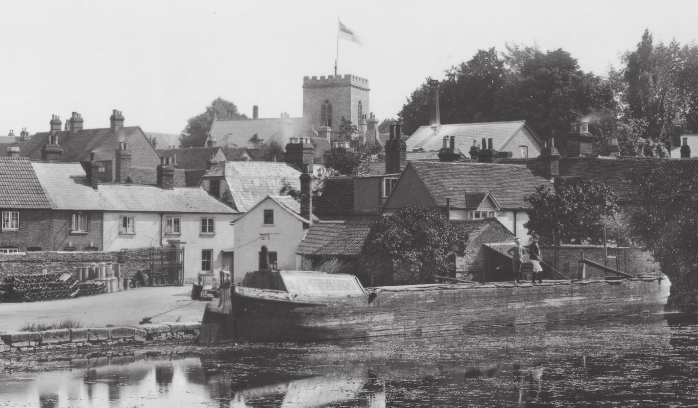