Chris M. Jones reveals the story of a family of textile workers who took up boating on the Rochdale Canal in the 1870s

As canals weaved their way through towns and cities, many wharves came to be built on their banks, often serving large industrial premises. There were also smaller landing points, constructed for businesses such as coal and builders’ merchants. These might be no longer than one or two boat lengths, with minimal facilities, and a few outbuildings, including perhaps a wharfinger’s house. One example is shown in this view of the canal wharf off Old Road, Failsworth, on the Rochdale Canal in Lancashire, dating from the first half of the 1900s. The photograph was taken on the ramp leading from Oldham Road Bridge, situated behind the photographer, and leading down to the towing path on the right, off the picture. On the extreme left, just visible, is a winding hole next to the open wharf area with stables and a house, with Old Road behind the perimeter wall and cart. Some 650ft further on from the wharf is Failsworth Top Lock.The Winterbottoms The house’s occupants were E… 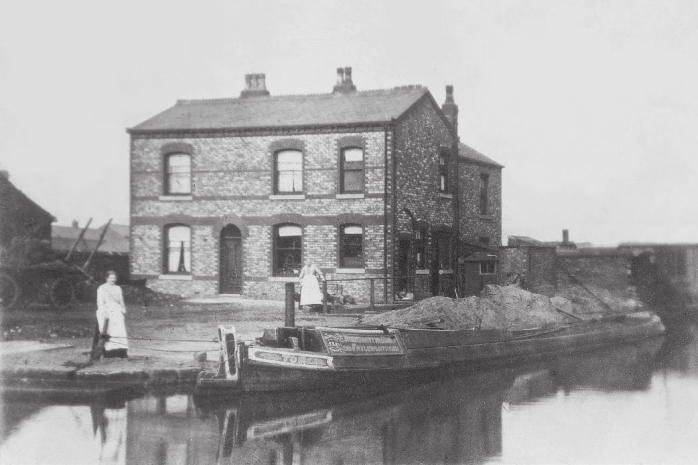