In the first image, the photographer is standing on Coventry Canal Wharf next to the crane, which is just visible with the mooring rope of the nearest boat tied to its windlass handle. This wharf, in the Drapers Field district of Coventry, was primarily used for landing and storing timber. On the opposite side of the canal is the towpath and behind the high wall is Foleshill Road, the main thoroughfare heading north out of the town. The terraced houses facing the road were relatively new when this image was taken and had only recently been plots of open land with trees. In the background behind the boats is Drapers Field Bridge leading from the road towards the open wharf area of Coventry Canal Basin and the canal company manager’s house. The white, two-storey building against the bridge is the company’s toll house and a farrier’s smithy. It is likely these images were taken at a time when the basin was closed for business, as boats were not allowed to stay there o… 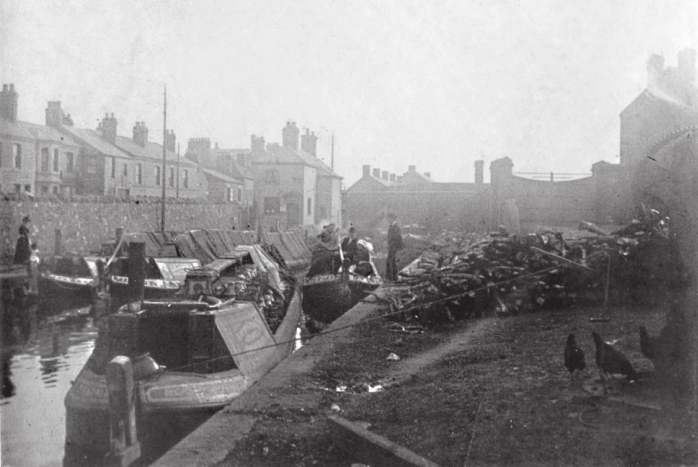