Picturing the Past: NarrowBoat, Autumn 2018

Another delve through Patrick Rawlinson’s archive shows working boats passing through the famous canal village in the 1950s.

One of the best places to see working boats on a sunny summer’s day is at Stoke Bruerne Top Lock, as testified by the large numbers of visitors that congregated there in times past and continue to do so today. These images show motor Jimmy and butty Irene, one of the last two pairs operated by carrier A. Harvey-Taylor of Aylesbury. His other pair was motor Roger and butty Daphne, steered by Arthur and Rose Bray. Wooden motor Jimmy was built in 1936 by W.H. Walker & Brothers Ltd of Rickmansworth as Isis for the Grand Union Canal Carrying Company, and was one of its ‘Small Ricky’ class. She passed to A. Wander Ltd of Kings Langley in January 1941 and became an Ovaltine boat, before being bought by Harvey-Taylor exactly ten years later in January 1951. Irene also entered the Harvey-Taylor fleet about 1951, and was previously called Sarpedon when working for British Waterways. She was also originally built for GUCCC in 1936 but by W.J. Yarwood & Sons of Northwi… 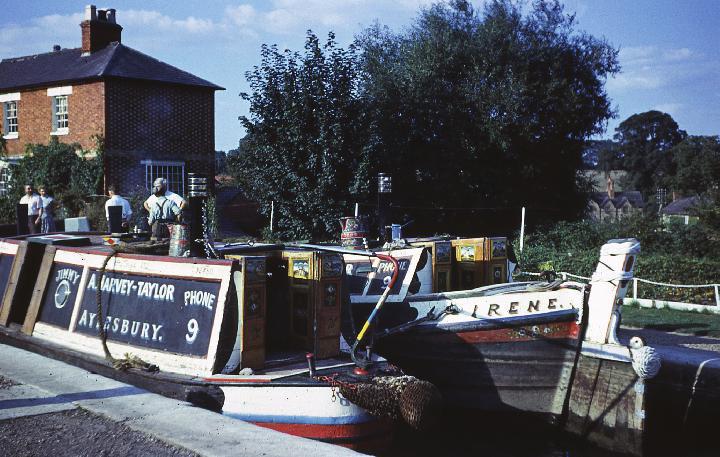