Canals That Never Were: NarrowBoat, Autumn 2018

Richard Dean details a proposal for a lengthy canal opening up navigation through the Welsh Marches.

Proposals were made in the 1770s for a canal from Bridgenorth down the Corve Valley with a possible extension to Hereford and beyond. However, the earliest scheme to make real progress in this area was the Leominster Canal, authorised in 1791 from Kington to Stourport (see NB Autumn 2015 and Spring 2016). The following year discussions on a link between this canal and the proposed Ellesmere Canal at Llanymynech crystallised as two schemes: the Montgomeryshire Canal up the Severn Valley to Newtown, approved by Parliament in 1794, and a separate Montgomeryshire/Leominster proposal via Ludlow. At the height of Canal Mania, this Ludlow & Montgomery Canal was seen as part of an eventual chain of inland navigations through the Marches from Merseyside to Bristol. Thomas Dadford, engineer to both the Montgomeryshire and Leominster companies, was engaged to plan the route by the largely land-owning promoters, and his survey envisaged a line over 40 miles long from Garthmyl on the proposed … 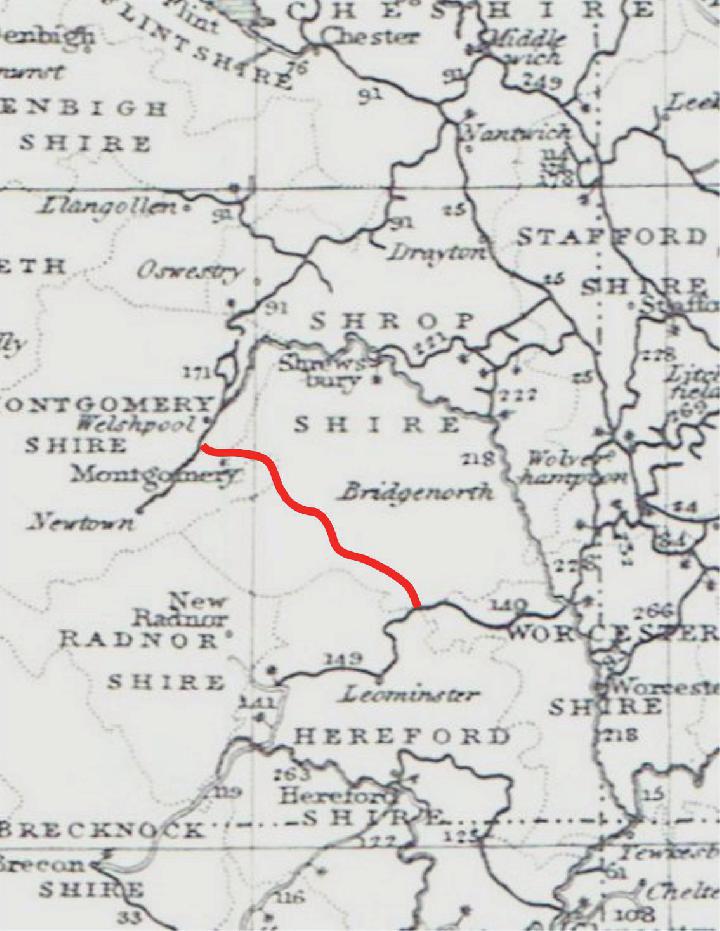