Sights of the Birmingham Canal Navigations

Picturing the Past: NarrowBoat, Summer 2018

Chris M. Jones studies early images of the BCN and its once flourishing canalside industries

This view from the top of the old 13 locks at Farmers Bridge, Birmingham, is still recognisable today. The toll collector’s house on the right, with its towpath gas lamp, and the cottages of Kingston Row in the middle distance continue to stand, although the warehouses at Cambrian Wharf on the left have all gone, with a 1960s-built pub in their place. At the time this image was taken, c1910, the canal in the foreground was the junction of the Newhall Branch, BCN and Birmingham & Fazeley Canal. The three boats pictured are part of a tradition of long-distance canal-carrying to the BCN that goes back generations. Lorna, owned by the Shropshire Union Railways & Canal Co of Chester, dates from June 1882, and was just one of a large fleet running between Cheshire, North Staffordshire and the BCN. At Crescent Wharf just a few yards further along the Newhall Branch, the SURCC had tenancy of five warehouses at the time. Elizabeth was owned by boatman Henry Chatten, who bought h… 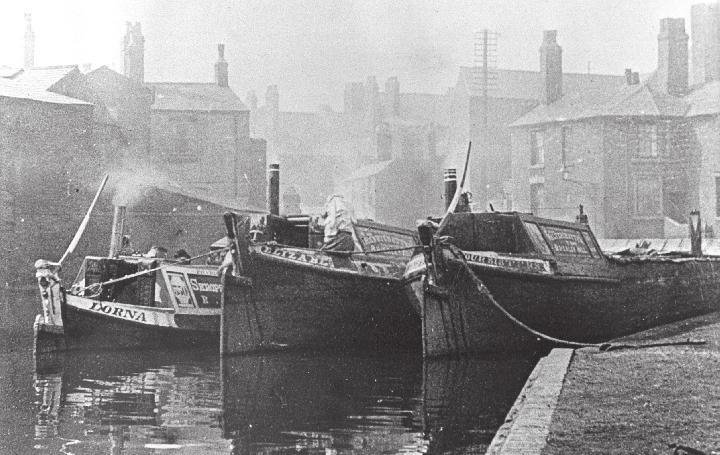