The first waterway map to capture my interest over 50 years ago was issued by the Ellesmere Canal Company in 1796, showing the whole of its intended system. At that time this was only partly built, but one feature of the map that caught my eye was a spur off its Llanymynech Branch between Frankton Junction and Queen’s Head, which did not seem to correlate with the Ordnance Survey map. The only branching feature on the ground was the basin near Rednal, but I knew that this was a later addition built during the railway age. My curiosity aroused, a check on the deposited plan for the 1793 Act that authorised the canal revealed the intended line was almost exactly as it now exists, with no suggestion of a branch. It mainly followed drainage ditches dividing the estates of the Reverend John Robert Lloyd of Aston Hall, and William Mostyn Owen of Woodhouse. Coincidentally, these two landowners were also original promoters of the canal scheme. Further research turned up a detailed c180… 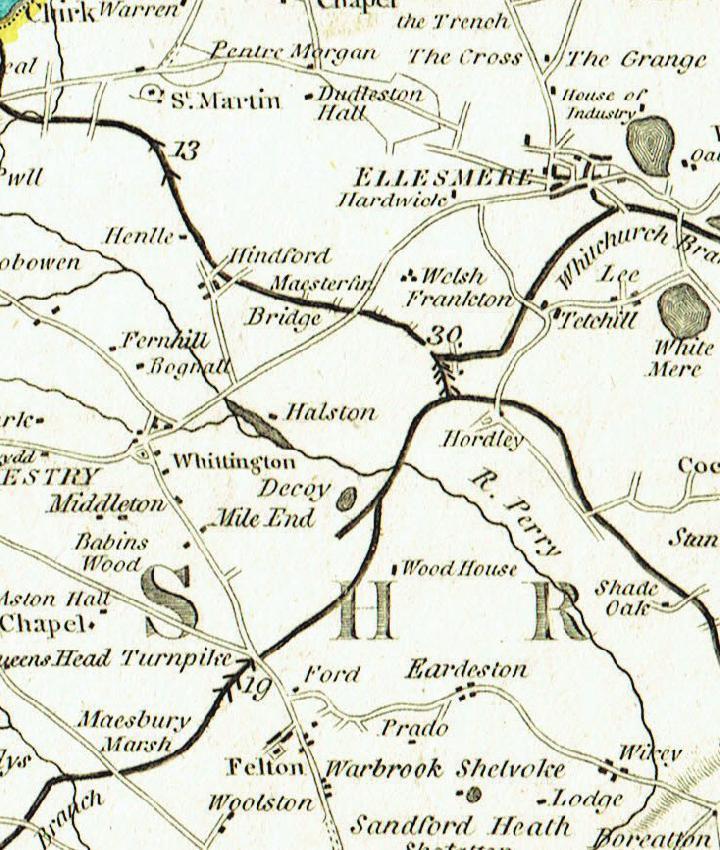