Here two pairs of stone-laden boats on the Old Union Canal (alias the Leicestershire & Northamptonshire Union Canal) at Foxton bottom lock, are waiting to ascend to the Grand Union Canal, with the branch on the left leading away to Market Harborough. All these canals were administered by the Grand Junction Canal Company from 1894.The boats The four craft were owned by John Griffiths, canal carrier of Bedworth. Furthest from the camera is Ure built early in 1906, paired with Weaver, built about 1901. The two nearest boats were acquired second-hand: William, on the left, was bought from boatman William Clark in the autumn of 1905, while Stour was an old boat bought from publican Benjamin Beasley of the Greyhound at Sutton Stop in June 1903.Granite roadstone The boats are loaded with granite roadstone, most likely taken aboard at Mountsorrel to the north of Leicester. There were extensive quarries connected to the navigable River Soar by a system of tramways and railways that led t… 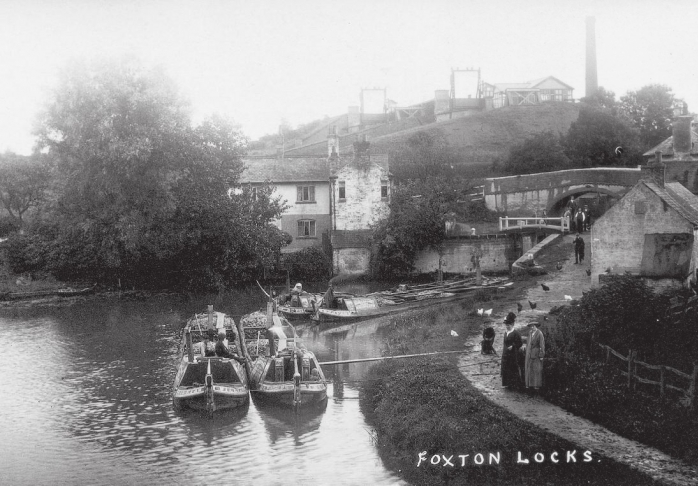