Canals That Never Were: NarrowBoat, Spring 2018

Richard Dean reveals the intentions of the original promoters in creating a sea-to-sea route across the South West peninsular to avoid the dangerous passage around Land’s End.

A sea-to-sea canal crossing the South West peninsular to avoid the dangerous passage around Land’s End was discussed and planned many times. However, the earliest scheme to make real progress was the Grand Western Canal, for which an Act was passed in 1796. Running from the head of the navigable River Tone at Taunton to the estuary of the River Exe below Exeter, this barge canal scheme included a long branch to Tiverton and shorter ones to Cullompton and towards Wellington. The intention was always to avoid the difficult River Tone by joining another canal scheme at Taunton, which would extend the route towards Bristol, and via the Kennet & Avon to London. Construction did not start until 1810, by which time the company’s engineer John Rennie had decided to lower the summit by 16ft and lay out the Tiverton Branch at this level without locks. This reduced the need for water and avoided an expensive system of feeders and reservoirs, but needed a fresh Act of Parliament … 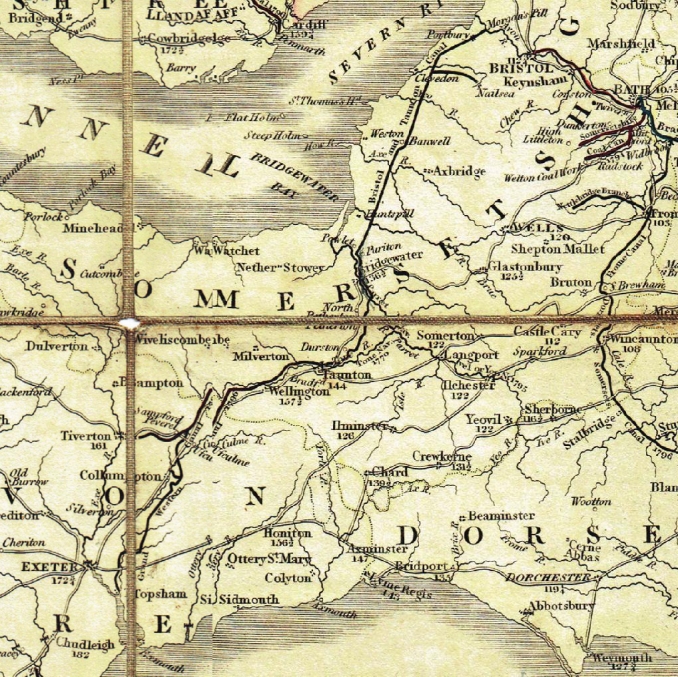