Alan Faulkner charts the rise and fall of one of the best-known steam-powered canal-carrying fleets.

While Fellows, Morton & Clayton Ltd was not the first canal-carrying company to use steam-boats, its fleet was one of the largest to operate on the canals and, as a result, is today the carrier most readily associated with steam.Grand Junction Canal Company origins The story of long-distance steam power on the waterways really dates back to 9th November 1847 when the Grand Junction Canal set up its own carrying department to take over from Pickfords, which was giving up its fleet in favour of becoming agents for the London & Birmingham Railway Company. The Grand Junction’s fleet initially comprised a large number of horsedrawn narrowboats but in October 1859 its engineer, John Lake, was ordered to fit one of the company’s boats with a steam engine and a screw propeller. The conversion work was carried out by Edwyn Elliott, who was in charge of the company’s boatyard at Wenlock Basin on the Regent’s Canal at the time, and he produced a modernised design… 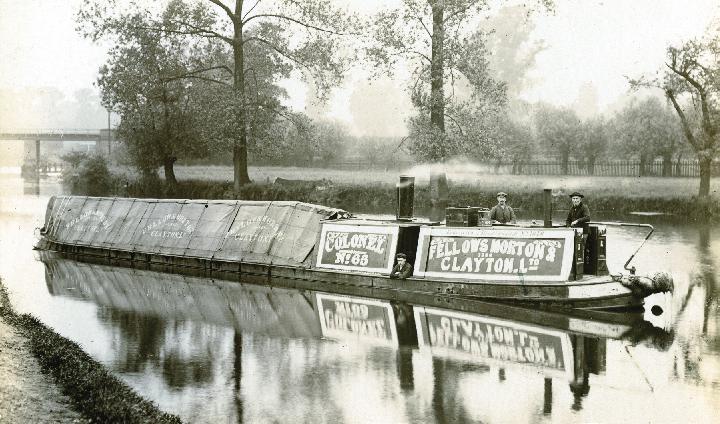