From the Archives: NarrowBoat, Winter 2017

Joseph Boughey unearths documents providing an insight into carrying during and immediately after World War I.

This article is based on the records of the Canal Control Committee, which operated between 1917 and 1920 and focused largely on shortages of labour and military transport requirements. Major sources for the Canal Control Committee are in the National Archives: the minutes (under MT52/1 and MT52/2) and the weekly reports (MT52/3) are worthy of a major study in their own right. I focus here on some details they reveal about individual waterways. By the time of formal government control, traffic had declined on all major waterways with the largest proportionate decrease being on the Gloucester & Berkeley Canal, which went from 1,022,000 tons in 1913 to 543,000 tons in 1918. The Aire & Calder also recorded a large decline from 3,598,000 to 2,095,000 tons. The issue of labour shortages is demonstrated by the numbers of staff employed, which had depleted due to workers joining the armed forces and also being diverted to munitions work, which tended to be better paid. Figures for M… 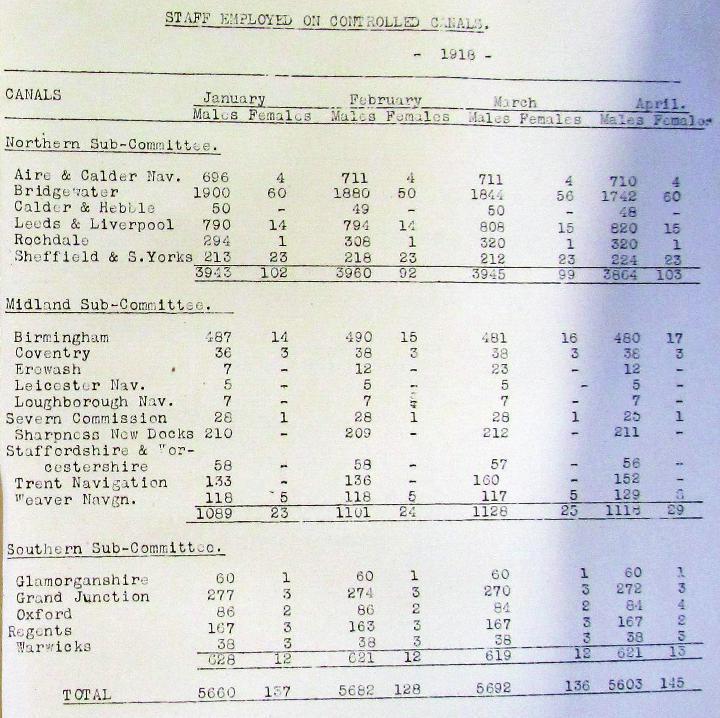