Boating Round the Cape

This old postcard shows the offside of the Warwick & Napton Canal at Warwick in about 1912. It was taken at an area called the Cape, situated north of the town at the top of Warwick Locks. From there the canal heads west to Budbrooke Junction where it joins the Warwick & Birmingham Canal and its short branch leading to the town’s coal wharves. It was a rural area but had some local industry, such as an iron foundry and brickworks, and also a sizeable prison. The Cape of Good Hope was an ale shop run by Mrs Ellen Emma Neal, who had a licence for customers to consume alcohol on her premises and also brewed her own beer. The establishment was situated just feet from Warwick Top Lock (No 1), a perfect spot for thirsty boaters. The main point of interest in this photograph is narrowboat Samuel, which was built at Tamworth Dock in the summer of 1911 for Samuel Barlow of Glascote, and was numbered 13 in its small fleet. Initially, the boat appears to have been used for relativ… 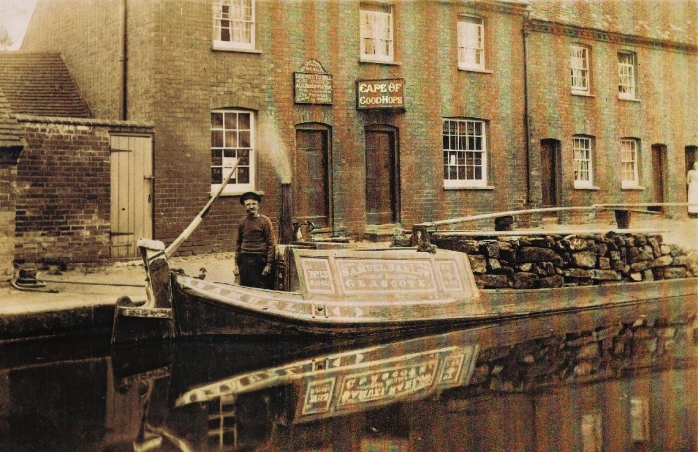