Publisher Peter Silvester provides a preview of a new book documenting the latter days of canal carrying in the 1960s.

Although the 1950s saw a slow decline in waterborne traffic, canal carrying in the NorthWest, Midlands and South-East still continued much as it had for the previous 150 years. During this period, the canals were still a private place, almost a secret world, frequented only by those who had a direct connection with boats and boating. In the first half of the 1960s, trade continued to dwindle for a multitude of reasons, resulting in the inevitable termination of the remaining large carrying concerns. At the same time, a new interest in the canals was emerging and the enthusiasts of this period, armed with cameras and notebooks, documented the changing role of the waterways from commercial to recreational use. One such enthusiast was the late Mike Webb who, even as a boy in around 1950, took an interest in the Bolinder-powered boats passing through his home village of Brewood on the Shropshire Union Canal. Over several years during the 1960s, Mike visited numerous boating ‘hot sp… 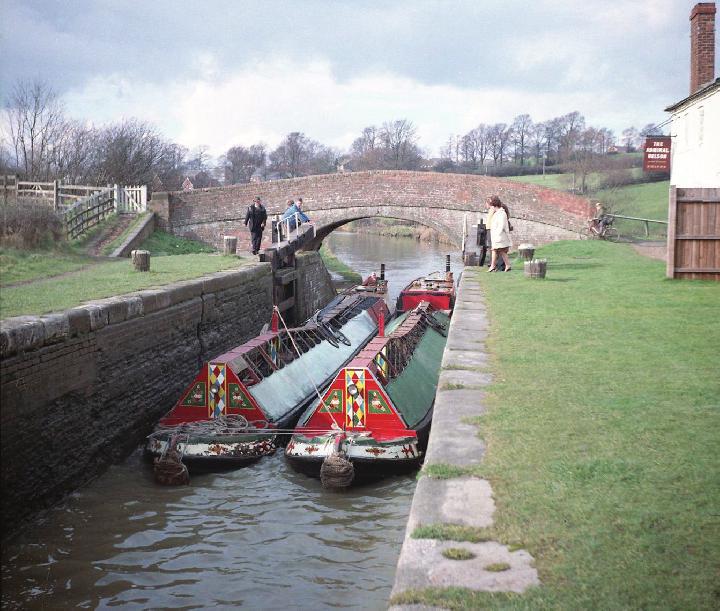