Richard Dean gleans information from an early survey of this West Midlands waterway.

The Dudley Canal opened in 1779 as a short independent extension of the Stourbridge Canal. Just a little over 2 miles long, it was built mainly to serve Lord Dudley’s collieries. Later it developed into an extensive system connected to the Birmingham Canal at Tipton and the Worcester & Birmingham Canal at Selly Oak. Much of the northern portion was constructed through the substantial Dudley Estate, and in 1825 Jeremiah Mathews was commissioned to survey an accurate plan of this part of the route as it then existed. Fortunately, this well-drawn manuscript has survived, providing an important picture of the canal and the area it served as the expanding Black Country industries gradually took over this previously agricultural district. The canal infrastructure, including bridges, stop gates and side basins, is clearly shown, as are at least seven ironworks, together with collieries and pumping engines. Much of this industry was adjoining or near the canal, which probably explain… 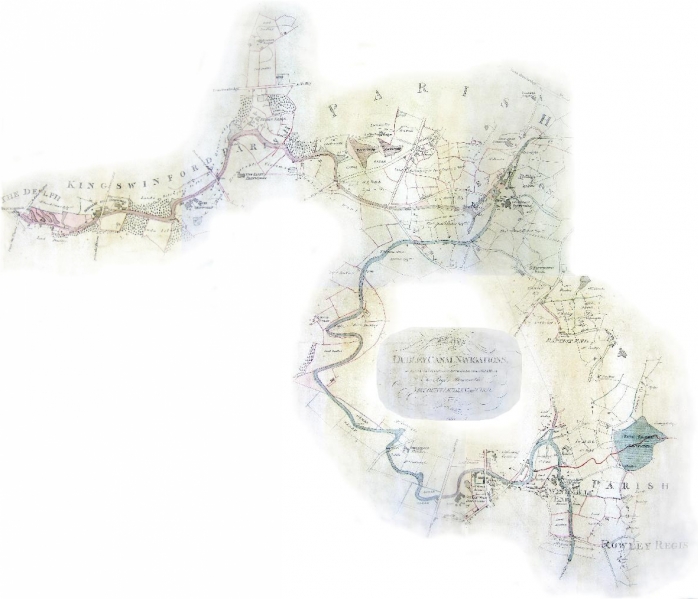