Picturing the Past: NarrowBoat, Winter 2017

Chris M. Jones reveals the stories behind the narrowboats  shown in an early 1930s photograph.

In the midst of winter it’s always pleasant to look back on the balmy days of summer, as depicted in this image dating from about 1930. But this is more than just a photograph of a lazy late summer afternoon, as it tells a story of the latter years of trade on the southern Oxford Canal and its terminus basin in Oxford. This view is from Hythe Bridge Street, Oxford, showing both the River Thames, with Upper Fisher Row just visible on the left, and the Oxford Canal leading towards the various terminus basins behind the photographer on the right.On the river On the left, moored against the canal towpath in the river, is the boat Gladys, owned by Francis Grantham of Lower Heyford. Gladys was originally built as Amiable in 1906 for Joseph Phipkin Senior, then passed to owner-boatmen brothers Lewis and Henry Grantham of Lower Heyford, Oxfordshire, in about 1915. The Granthams were one of the most prolific and well-known boating families on the Oxford Canal, with many of its members … 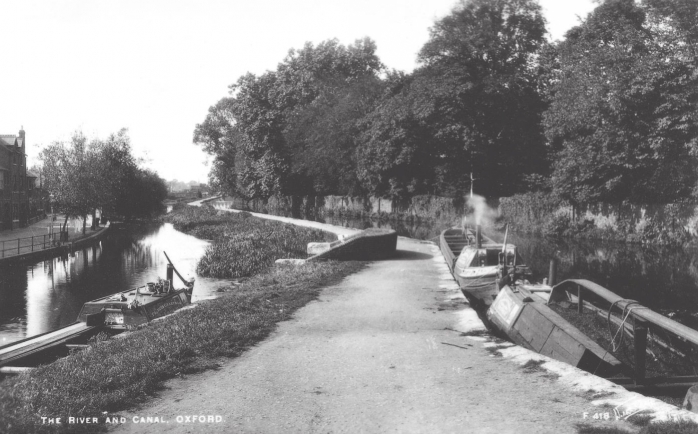