Cath Turpin takes a close look at the grain-carrying boats that operated in and around Chester and Ellesmere Port.

Throughout its working life, grain, flour and similar products were a major traffic on what became the Shropshire Union Canal. Mills were established on the banks of the waterway, and the docks at Ellesmere Port became a principal transhipment point until closing in the early 1960s.Early days When the Wirral line of the Ellesmere Canal was opened in 1795, grain imported via the River Mersey was taken to Chester by river flats for distribution and transhipment to the Midlands and the Potteries, as, at that time, there was no warehouse accommodation at Ellesmere Port. The Wirral line joined the Chester Canal in 1797 and this link to the River Mersey improved access to Chester. Traffic on the canal had increased so much by 1823 that flats carrying commercial goods and grain were allowed to travel by night for the first time. According to the Ellesmere Canal Company minutes: “all Boats laden with Commercial goods and Grain be permitted to pass along the canal in the night”. T… 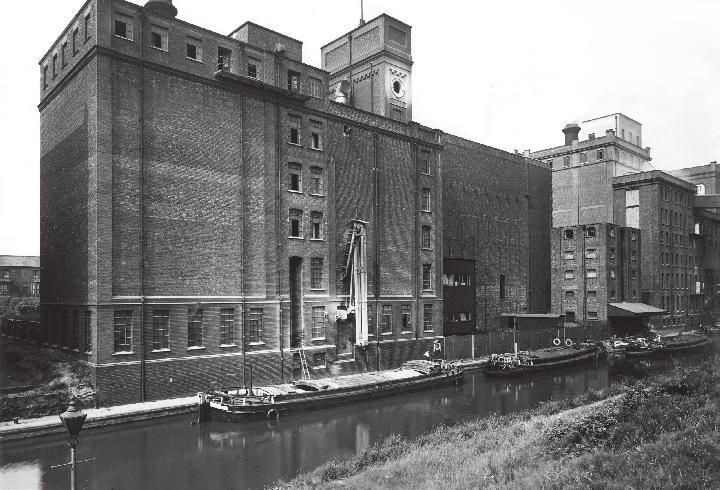