In August 1835 the first Bristol & Gloucester Railway completed a horse-drawn tramway from mines at Coalpit Heath to a terminus at Cuckold’s Pill, later known as Avon Street or Avonside Wharf at Bristol. The wharf was located on the north bank of the Floating Harbour, immediately to the west of the Great Western Railway bridge that crossed it and just to the east of Temple Meads station. Here coal was transshipped from tramway wagons into barges. The B&GR was taken over by the second Bristol & Gloucester Railway on 11th July 1839, whose line between Bristol and Gloucester was completed and opened in 1844. The railway company built a new main line from Lawrence Hill Junction to the Great Western Railway just east of Temple Meads station and the original line to Avonside Wharf became a goods branch. The second B&GR merged with the Midland Railway in 1846 and the whole area fronting the Floating Harbour eventually became a large transshipment wharf with a substantia… 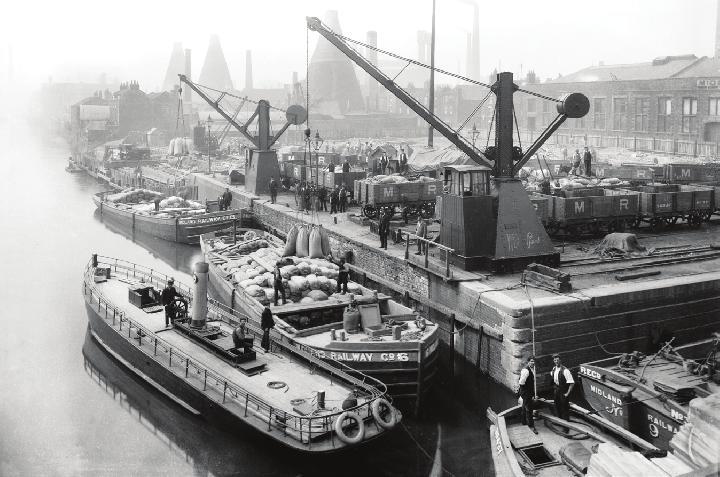