Chris M. Jones looks at a pre-WWI photo showing a sailing keel on the Old River Ancholme in Lincolnshire. The postcard photograph shows a typical early 20th-century scene of one of many small riverside towns in Lincolnshire and neighbouring Yorkshire.

This attractive postcard photograph, franked on 27th July 1911, was taken on the Old River Ancholme in the market town of Glanford Brigg, otherwise known as Brigg. It is a typical early 20th-century scene of one of the many small towns located beside navigable rivers and canals in Lincolnshire and neighbouring Yorkshire.View from a bridge The canalised New River Ancholme runs from south to north through the flat Lincolnshire flood plain where it joins the River Humber at Ferriby Sluice. The section shown here was part of the old navigable river that runs for 1¾ miles through the centre of Brigg on a gently curving bend. The straight New River Ancholme bypasses the town and connects to the old river north of Brigg at a junction called Coal Dyke End. The distance from Ferriby Sluice to Brigg is almost 9 miles and it was navigated almost entirely by sailing keels. This view is looking south-east from Bridge Street, which crosses the old river and leads to the marketplace in the c… 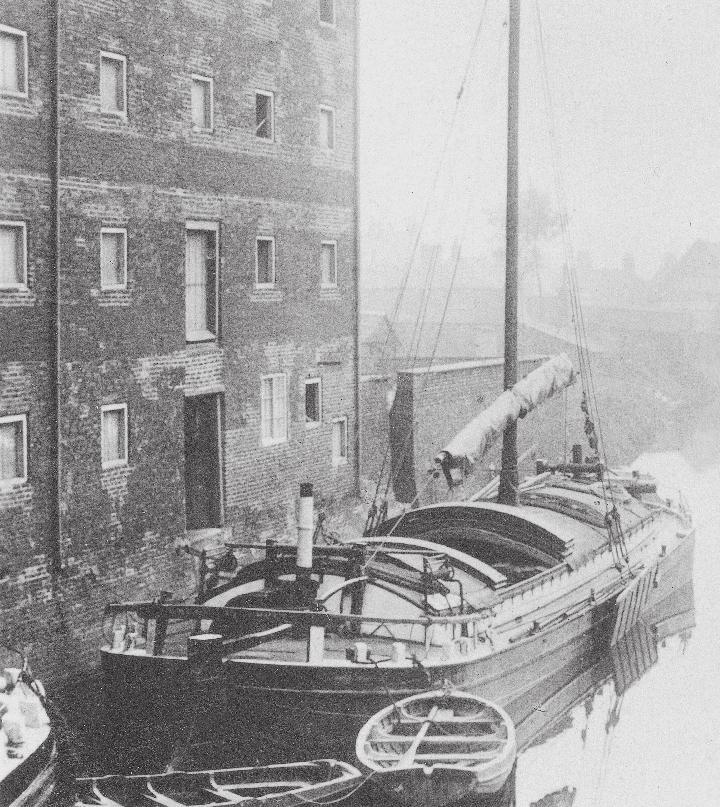