This splendid, early-1900s photograph captures the once vital link between agriculture and water transport that could be found in rural districts all around the inland waterways network. The location is the village of South Kyme in the flat Lincolnshire Fenland country to the west of the River Witham. The navigation is Kyme Eau, which connected the village with the Witham at Chapel Hill just over 4 miles away to the north-east. At the time, Kyme Eau was the last navigable stretch of the former Sleaford Navigation, and part of a system of waterways that provided a transport link between the local agricultural industries and major towns, such as Lincoln 26 miles away. Bottom Bridge, seen in the background, joins the local high street with Claybank Road, and was at the eastern extremity of the village. The high street forms part of a riverside wharf at this point with the main part of the village being to the west, behind the photographer. The craft was typical of those used on the upp… 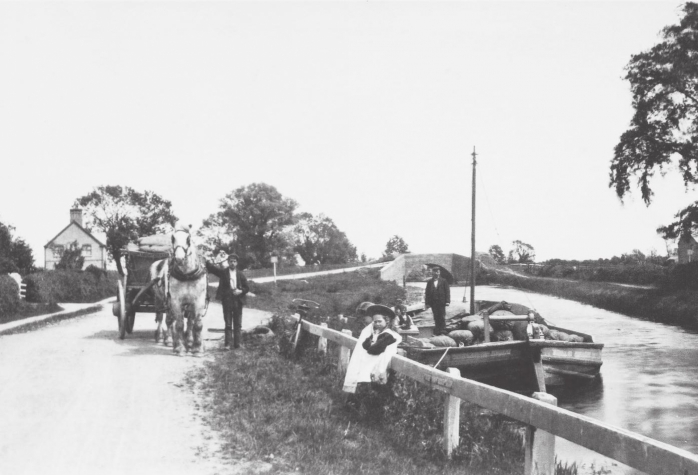