Chris M. Jones looks at two photographs showing an Easter Sunday service at Little Venice in 1932 for the benefit of its boating community

The reason why so many craft are visible in the photograph is because the wharves at Paddington Basin having been vacated during the holiday period, as it was against the canal by-laws to moor there when they were not open for business, which included at night. This may explain why one of the two paired narrowboats in the middle of the picture is loaded, and the other is not, which was probably due to there being insufficient time to unload fully before the holiday began. Building materials were the mainstay of the inbound trade at Paddington Basin, and all the loaded craft appear to be filled with sand, gravel and ballast. The carriers in the photograph were specialists in this traffic, both as suppliers of materials and haulage to their own, or their customers’, wharves. For the most part, the distance they travelled was relatively short, as gravel, bricks and ballast were obtained largely within Middlesex on the lower Grand Union. One exception is the narrowboats owned by Ge… 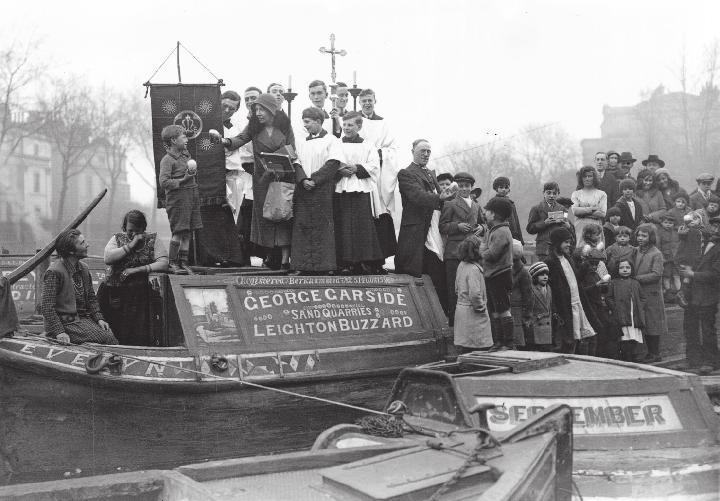