Claytons on the Wolverhampton 21

On 4th December 1965, I called in at the top of the Wolverhampton 21 Locks at Broad Street. In those days you could park there, beside the original ornate road bridge that is now an exhibit in the Black Country Living Museum. A British Waterways chap informed me that a Thomas Clayton boat was going down the flight – something I had seen before, so I didn’t consider it unusual at the time. What I didn’t realise, however, was that in less than four months, on 31st March 1966, Claytons would finish carrying by canal. I wondered which boat it was, so I walked down the flight, camera in hand, and at Lock 6 caught up with Jimmy Moores on the motor-boat Umea, heading down empty to load at Wolverhampton Gas Works. Jimmy had a reputation of disliking being photographed but I already knew him from my involvement with hostelboating and Jack Roberts, and we got on well. Exchanging the usual ‘’Ow do’ and a quick bit of gossip – on the move so as not to dis… 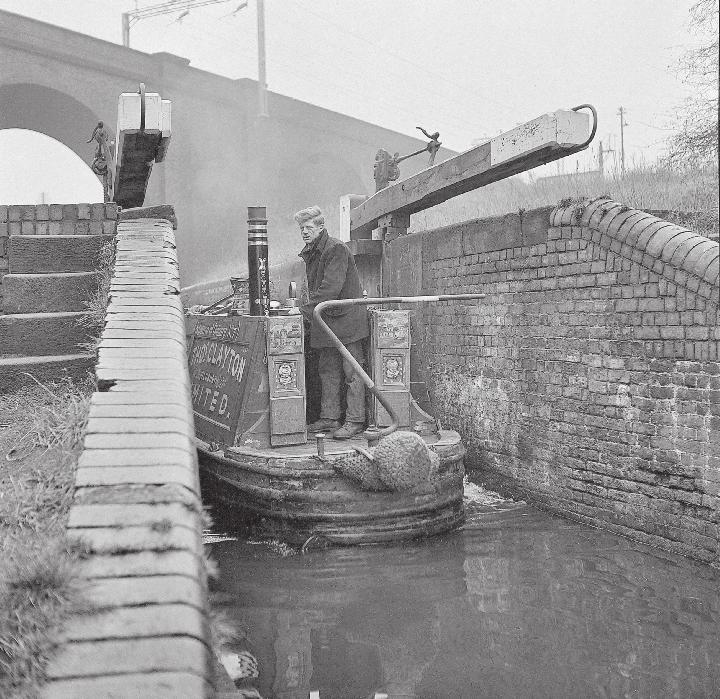