Picturing the Past: NarrowBoat, Spring 2017

During the latter half of the 19th century and first two decades of the 20th century, many carriers’ boats were painted black and white. This binary colour scheme was the cheapest and most economical available to fleet-owners, especially if they had a sizeable number of craft. Any bright colouring was kept to a minimum, perhaps in the shadow of the lettering, panel mouldings or a fancy design on the bow, stern or elum. Thanks to advances in paint technology, however, from the 1920s onwards, some large fleet-owners adopted a more colourful scheme with many choosing red and green. In the Midlands it became so widespread that it was almost like a new uniform. Two of the carriers who used a red-and-green livery were Fellows, Morton & Clayton Ltd, and Thomas Clayton (Oldbury) Ltd. As demonstrated here, these colours could still be seen on their boats in the late 1950s.… 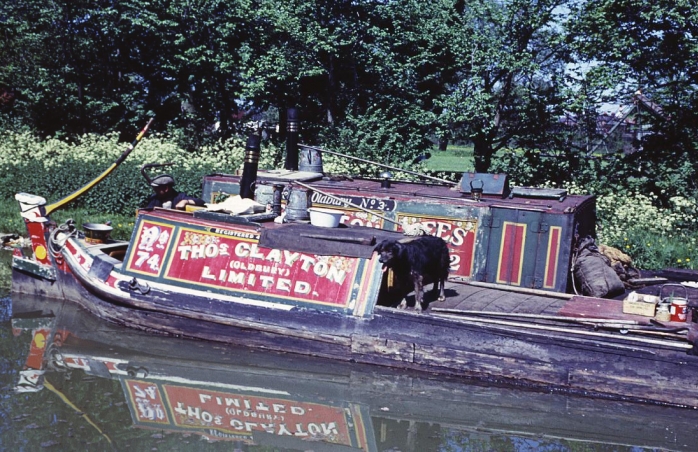