Picturing the Past: NarrowBoat, Spring 2017

Chris M. Jones explores the details in pre-WWI photographs of a wharf on the River Thames near Oxford

These two views of the same scene on the River Thames show rarely seen commercial traffic at Wallingford Wharf during the first two decades of the 20th century. Both photographs were taken from Wallingford Bridge across to the Oxford Canal Company’s wharf on the western bank, which it had occupied since 1799. The open land beyond was known as Queen’s Arbour, and behind the trees on the extreme left are the remains of Wallingford Castle. The towpath is also on that side and is clearly shown running between the wharf edge and the fenced-off yard boundary.… 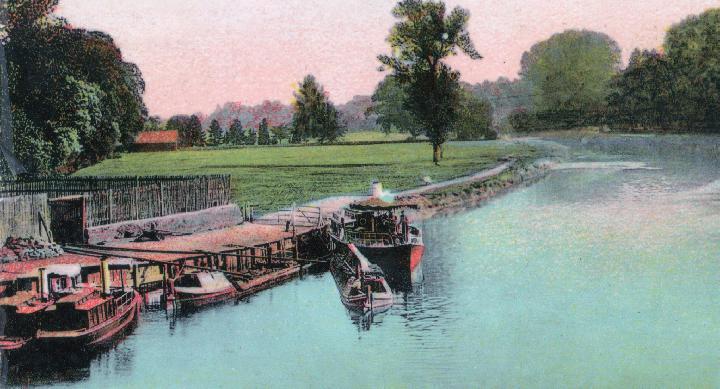