Chris M. Jones examines an early 20th-century photograph of a keel under sail on the Sheffield & South Yorkshire Navigation. The photograph is dated 22nd November 1905 and shows the 1879-built craft Alboro heading downstream along the Spotbrough Cut near Doncaster.

This image of keel Alboro is one of several of her at the same location on the same day, and subsequently published in picture postcards. This one is dated 22nd November 1905 but it may have been taken some time before this, possibly by several years. The colour-tinted image shows the heavily laden, Sheffield-size keel heading downstream along the Sprotbrough Cut portion of the Sheffield & South Yorkshire Navigation, in an area called Sprotbrough Boat near Doncaster. This stretch is effectively the River Dun Navigation, where, after it passes a weir, it narrows considerably beside a corn mill seen on the right, with its accommodation road leading to Mill Lane at Sprotbrough Bridge in the background. Beyond the bridge, just out of sight, is Sprotbrough Lock. Alboro was an old craft when this picture was taken, being first registered under the Canal Boats Act in March 1879, numbered 370 at Goole, with William Owen of Beverley as her owner and master. By September 1895 she had pa… 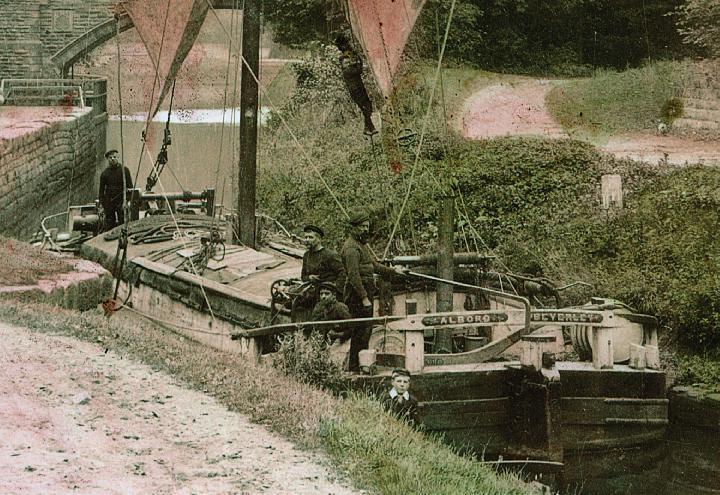