Chris M. Jones examines a World War I-era image showing cargo-carrying at Belgrave on the River Soar. The image captures a rare view of the location and some of the traffic that regularly plied the route between Leicestershire, Nottinghamshire and Derbyshire.

This photograph is of Old Bridge at the village of Belgrave on the River Soar. It was taken around the time of World War I and gives us a rare view of the location and some of the traffic that regularly plied the route between Leicestershire, Nottinghamshire and Derbyshire. Belgrave is situated to the north-east of Leicester and was incorporated into the town in 1891. The river here is part of the Leicester Navigation which runs along the course of the Soar. The photographer is standing on the west bank of the river looking south-east towards the bridge, which carries Thurcaston Road to the centre of the village. The towpath is on the opposite bank here but changes to the west bank at the bridge. This image was taken shortly after the river was widened at this point to ease flooding, which entailed major rebuilding of the towpath on the other side. The slope leading down to the new towpath is just visible through the nearest arch on the right. Belgrave village wharf was situated on th… 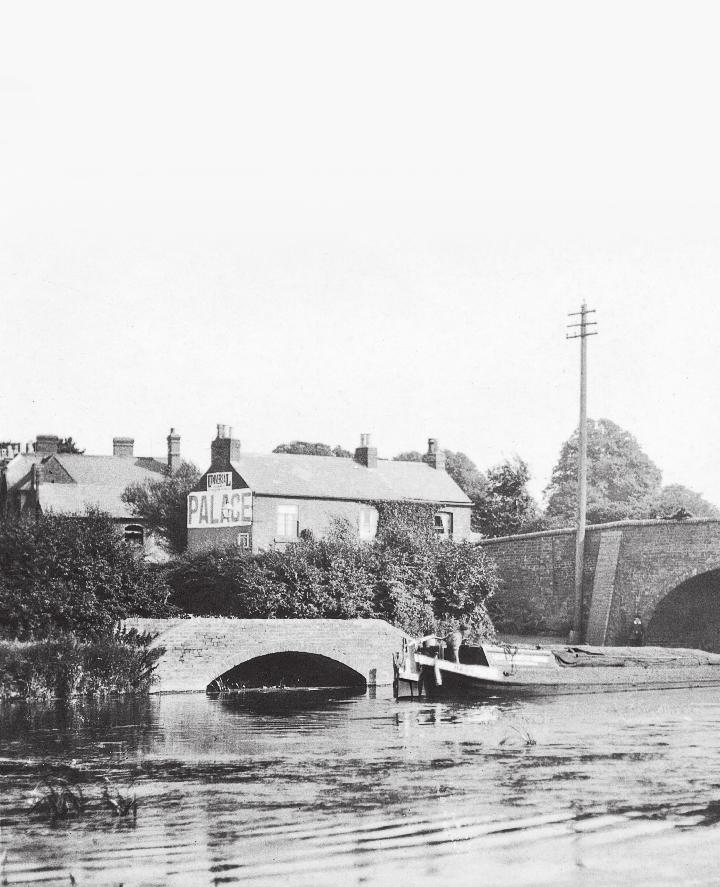