Richard Dean explores the Kensington Canal, one of London’s lost waterways. Image courtesy of the Royal Borough of Kensington & Chelsea

The tidal lower part of Counter’s Creek, or Chelsea Creek, was a small stream running from Kensal Green to the Thames which enjoyed some limited navigation. In 1828, the lower tidal section was made formally navigable when it was converted into a 100ft-wide canal to take Thames barges, the project costing around £40,000 and including a lock and terminal basin near Warwick Road. An extension to join the Paddington Branch of the Grand Junction Canal near Portobello was briefly contemplated. However, the tidal nature of the waterway below the lock was operationally very restrictive and the amount of traffic using the route proved disappointing. The navigation was saved for a while when it was sold to the grandly titled Birmingham Bristol & Thames Junction Railway. The railway company’s short single line, rechristened in 1840 as the West London Railway, opened in 1844 and connected both the standard gauge London & Birmingham and broad gauge Great Western railways… 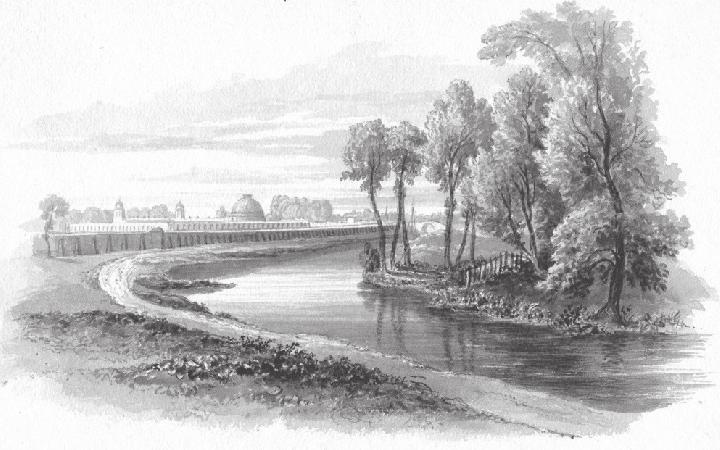