Richard Dean studies an 1891 atlas of the railway-owned Macclesfield Canal.

To administer a transport undertaking such as a canal needs a convenient but accurate reference to basic infrastructure data such as distances, the position of locks, bridges, culverts, wharves etc, and the boundaries of land ownership. This was traditionally done by a large scale plan of the route, which was often prepared after the construction work was complete. Many examples survive among the records of the Canal & River Trust, which, although of varying scales and formats, all provide a wonderful historical record of long-vanished features. A similar approach was adopted by railways. Towards the end of the Victorian era their systems were largely complete, and many companies put in hand a programme of producing up-todate plans of their lines. Henry Fowler was the leading surveyor in this field, and the Manchester Sheffield & Lincolnshire Railway contracted with his firm to prepare plans of all its lines, and the canals it owned. Using the favoured railway scale of two ch… 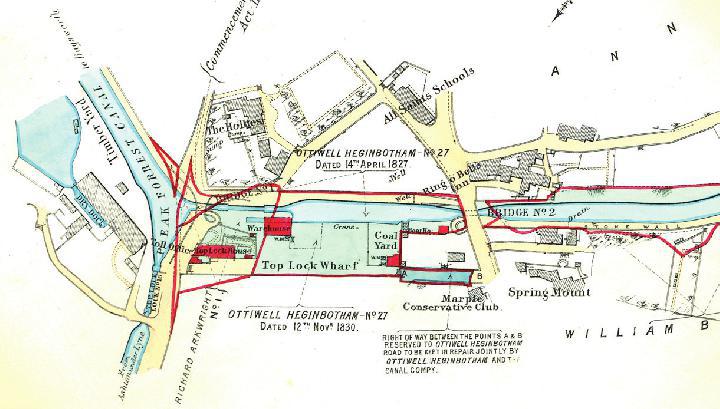