Leisure on the Waterways: NarrowBoat, Spring 2016

With a particular focus on the Coventry Canal, Christopher R. Jones explores the pleasure cruises run by canal carriers in the first half of the 20th century.

Although canals were principally used for commerce during the 19th and early 20th centuries, on special occasions pleasure trips were permitted by canal companies. Such outings provided a low-cost summer treat for children and their parents, and were usually organised by Christian groups as part of their Sunday school itineraries. A number of canal-carrying business owners became involved through their local chapel or church, and often supplied boats. Individual boatmen also helped run the trips, using their own or hired craft. The duration of the cruises was no more than a day, with the boats being under the command of a professional boatman and his crew. This was significant as canal companies would have been very reluctant to allow trippers to operate a boat themselves.Barlow-organised trips In the years up to World War I, one of the two carriers providing regular Sunday school outings on the Coventry Canal was Samuel Barlow. The Barlow family had relocated to Glascote from Bedwor… 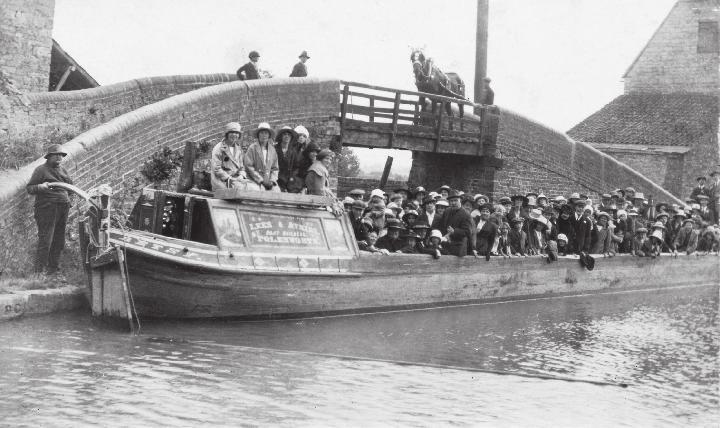