Changes in the pattern of trade caused by enemy action in World War II resulted in a large amount of imports being transferred from the ports of the east coast to those on the west coast. To accommodate some of this traffic and provide strategic stockpiles, the Ministry of Food built buffer depots on the River Severn at Diglis Wharf, Worcester, and at Nelson Wharf, Stourport. To service these from the Bristol Channel ports, the Ministry of War Transport ordered six new dumb barges from the shipbuilding firm of Charles Hill & Sons of Bristol in 1944. The barges were named Sabrina 1 to Sabrina 6 and, together with the buffer depots, were managed by the Severn Carrying Company Ltd, the largest carrier on the river. At the end of the war all six barges were bought by the company. Design… 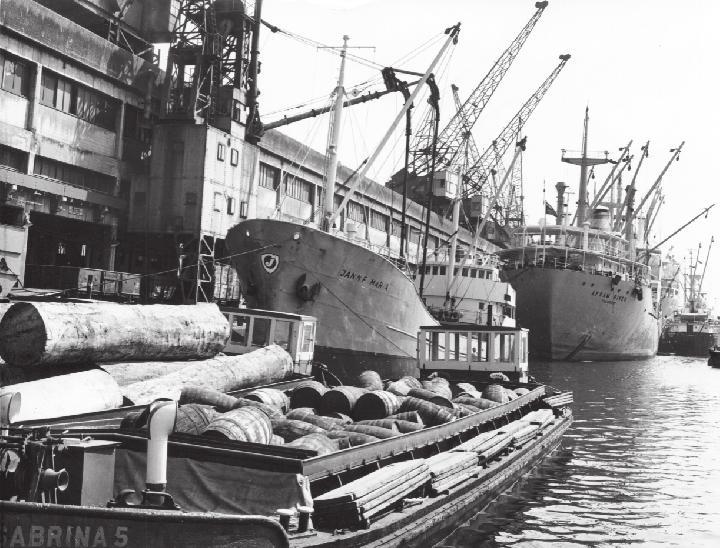