Sailing on the Thames

A recent chance find has brought to light a rare view of narrowboats under sail on the River Thames in about 1840. Entitled Westminster from Waterloo Bridge (artist unknown), the painting makes an interesting follow-up to our ‘Thames Traffic of the 19th Century’ feature in the Autumn 2015 issue, particularly as it shows the river before construction began on the new Palace of Westminster and clock tower, later known as the Houses of Parliament and Big Ben. The river scene The section of the river in the middle distance of this image was later bridged by Hungerford suspension footbridge, designed by Isambard Kingdom Brunel and opened on 18th April 1845. On the south bank to the left can be seen the works of Walkers, Parker & Company, shot and white lead manufacturers of Belvedere Road, Lambeth, including their shot tower that was demolished just after the 1951 Festival of Britain. Beyond Preacher’s Wharf next door is another tall landmark, the Lion Brewery, with … 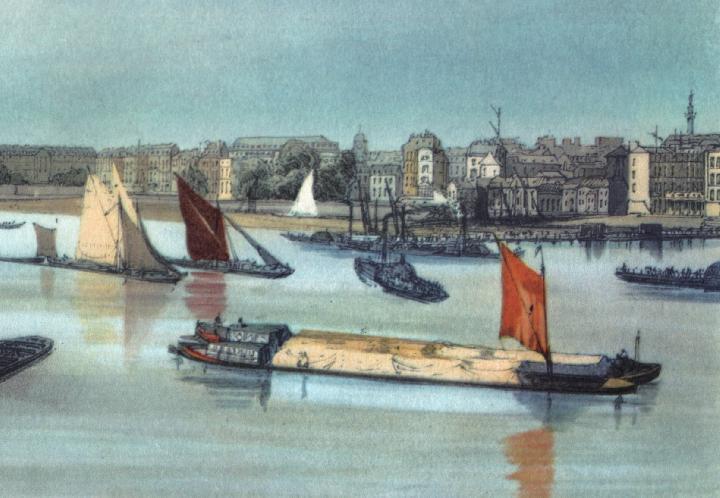