Using cross straps on an empty pair of narrowboats enabled the motor steerer to control both boats in most circumstances. When working a loaded pair, the use of long lines or snubbers is how we traditionally picture the scene, and a steerer is required on both boats. However, on the Birmingham Canal Navigations a different technique was developed to enable a loaded pair to be worked by a single person – something that as far as is known was never done on the rest of the canal system – unless a reader can tell us otherwise (see ‘Memories of Jack Monk’ page 43). As well as operating longhaul traffics to Oldbury with family boats from as far afield as Ellesmere Port and Banbury, Thomas Clayton (Oldbury) Ltd also did many short-haul runs to serve the gas works of Birmingham and the Black Country. Some of this was horsedrawn until quite late on; other traffics were served by single motors. But some were served by pairs of boats such as we see here. The steerer of … 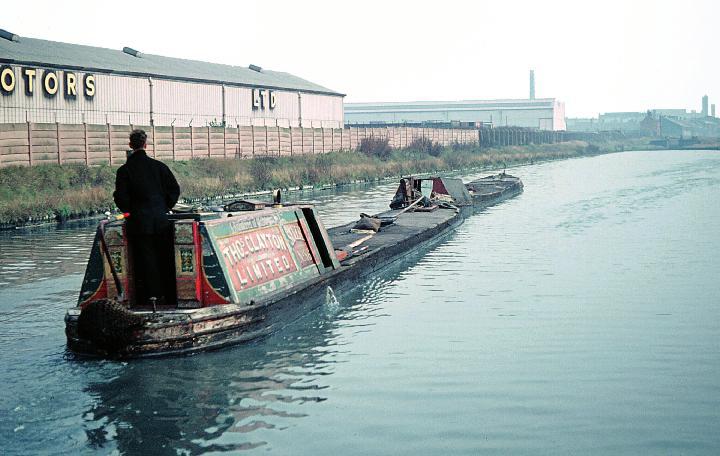