Thames Traffic of the 19th Century

Chris M. Jones examines the craft depicted in a Victorian-era painting The Building of Westminster Bridge

When artist John Anderson completed this oil painting on 6th March 1860, entitled The Building of Westminster Bridge, he must have been well aware that he had captured a scene of major change in Britain’s capital city. The old Palace of Westminster had been mostly destroyed in a fire of 1834, and the construction of its magnificent replacement was still underway. The building of the new Westminster Bridge, in progress on the right of the image, was completed on 24th May 1862 and has since become a major London landmark. But it is not only the architecture that interested Mr Anderson; his visual record of a whole variety of craft on the Thames suggests he was keen to show the changes in the type of traffic plying its waters during this period. A variety of craft Fairly prominent in the picture are the three Thames barges, which are all depicted as having modern transom sterns, quite different from the earlier ‘budget’ sterns that can be seen on the lighters moored on… 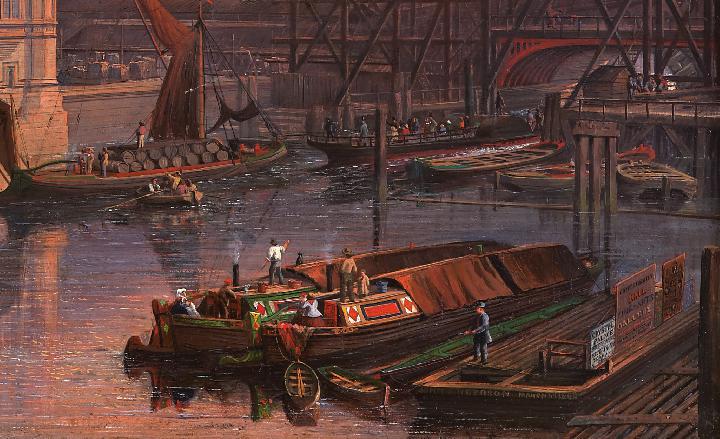