Heaton on the BCN

Picturing the Past: NarrowBoat, Autumn 2015

Stan Heaton’s photographs around the Birmingham Canal Navigations in the late 1950s and early 1960s when local traffic was still operating.

At the head of the Cannock Extension Canal is Hednesford Basin Wharf seen here in 1955, looking north-east. The wharf comprises two long canal arms divided by a central pier. The basin shown is the longest and widest, with a shorter and narrower one heading off to the left. Both the central pier and southern bank on the right had railway tracks leading to the Littleworth Branch, which connected to numerous collieries in the locality. Most craft shown are typical joeys, such as the one moored in front of the brick office that has three diamonds on her bow indicating ownership by James Yates of Pelsall. Next to her lies a Severner with timberheads on her bow and hefty rubbing guards. Several other joeys have only a single white diamond indicating that they were owned by Ernest Thomas of Walsall. On the tracks behind are railway wagons bearing large white crosses showing they were not for main line use. … 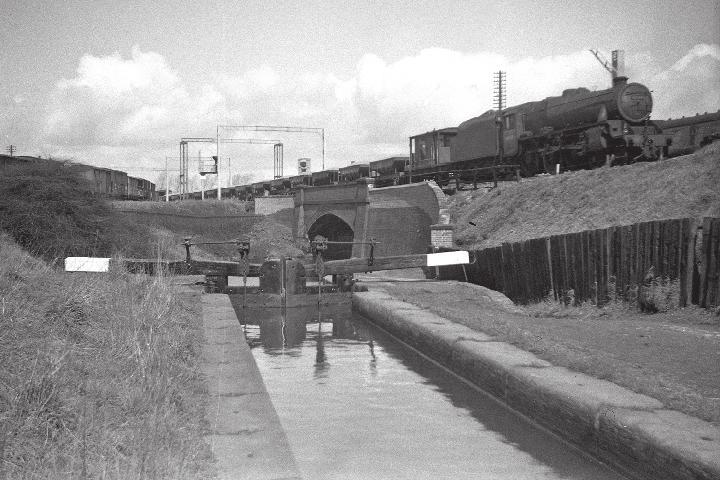