The Act of 1755, which authorised the building of a waterway from the Mersey up to St Helens, was largely promoted to allow easy transport of coal to the expanding market of Liverpool. Although the preamble stated that the Sankey Brook was ‘capable of being made navigable up the Stream or Current’, a completely separate channel was mandated on the lower 3 miles up to Hulme Lock, and the remainder was so small and winding that a canal was clearly necessary throughout. Perhaps the promoters thought the novelty of a canal might attract opposition, and so dressed the project up as ‘The Sankey Brook Navigation’ to make it appear like other south Lancashire river navigations such as the Mersey & Irwell or the Douglas. As built, the waterway closely followed the brook, but left it alone except for some minor short diversions on the approach to St Helens. Here, three tributary streams united to form the main brook, and the Act allowed the navigation to follow each… 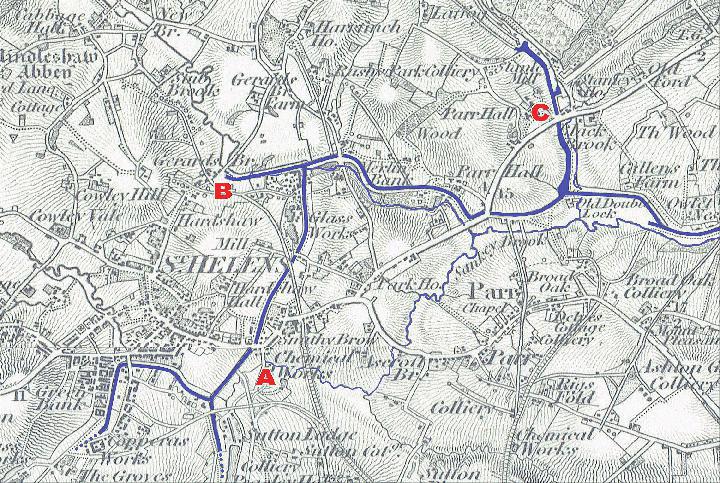