Picturing the Past: NarrowBoat, Summer 2015

These two pairs of boats are lying beside Marsworth Depot at the junction between the Aylesbury Arm and the main line of the Grand Union Canal on 8th April 1969. At that time British Waterways still had two pairs attached to the depot for delivering concrete piles to various sites in the SouthEast. The innermost motor (with butty Bayswater) is probably Saltaire and is painted an all-over colour, and the letters ‘British Waterways Board’ can just be made out on the cabinside. The two BW captains were Sam Brooks and Bill Brown, and my guess is that this pair is Sam Brooks’. Incidentally some people have doubted me when I have mentioned TV sets being used by boaters in the sixties, but this photograph confirms it, with a vintage dipole aerial on the tall pole. The outer boats are Willow Wren’s Rail and Ara, presumably returning empty from Croxley or Colne Valley, which were the only coal orders left to the firm by that time. The motor Rail (formerly the Grand Unio… 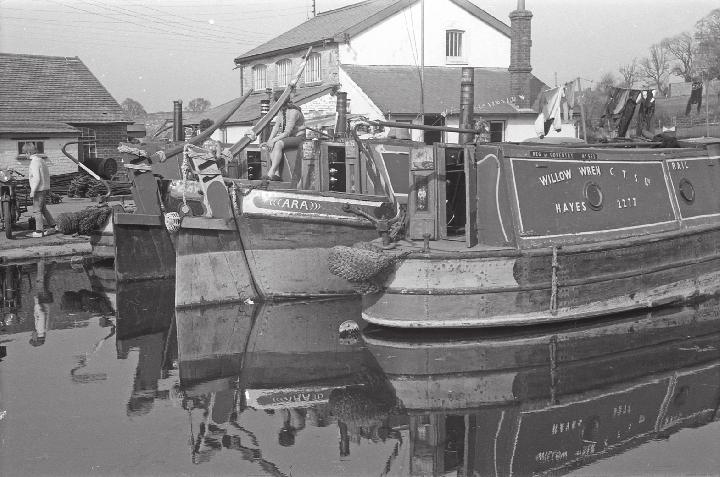