The Birmingham Canal was authorised in 1768, partly opened in 1769, and completed in 1772. From Aldersley Junction with the Staffs & Worcs Canal it rose through twenty locks to Wolverhampton, then closely followed the contour to Spon Lane, rose three locks to a short summit at Smethwick, and fell six locks to run on to two termini in Birmingham. The primary purpose was to supply Birmingham with cheaper coal from the Black Country, aided by a branch with three locks from Wednesbury to the main line at Spon Lane; but it also connected the city with the rest of the expanding canal network. William Wright, one of those interesting secondary figures in early canal history, variously described as a contractor/surveyor/engineer, had been involved in survey work for the canal. In 1773 a map of the finished undertaking appeared, giving his name as compiler. In later years he published his own maps, but in this case it is not clear if the map had any official status involving the canal comp… 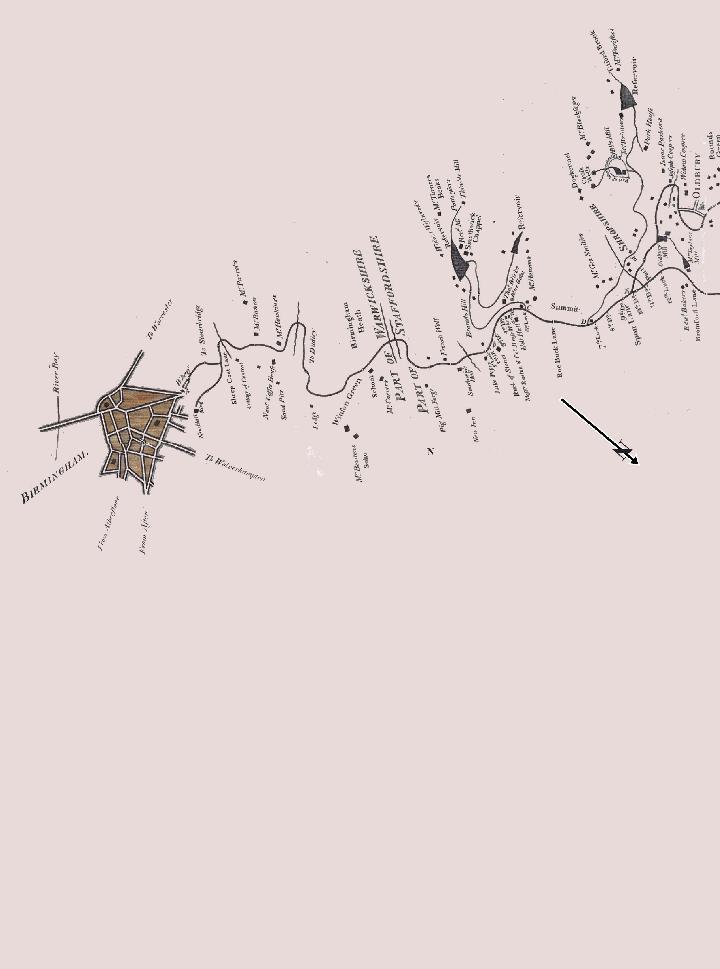