Inland waterway enthusiasts could well be forgiven for believing that the demise of the Willow Wren and Blue Line canal boat fleets in autumn 1970 effectively saw the end of regular narrowboat carrying. This could well have been the case if three enthusiasts had not got together early in 1971 and decided that it should still be profitable to establish a small fleet of narrowboats and use them to retail coal to waterside sites. The group comprised Neil Hughes who had had a long-term interest in canals, Richard Powell who was a graphic designer and owned a wooden narrowboat, and Herbert Wood who had worked on keels and other craft on the Humber for many years and who then lived on the narrowboat Columba at Sawley. Between them they decided to set up Threefellows Carrying as a trading partnership. At the time, British Waterways Board still had a collection of narrowboats that had been recovered from Willow Wren, which were laid up on the Wendover Arm of the Grand Union Canal and were up… 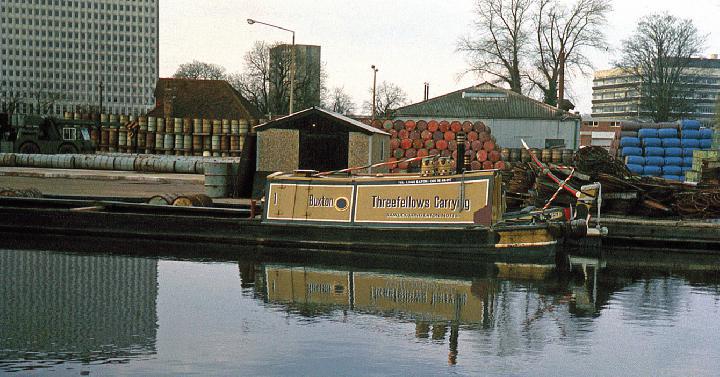