Picturing the Past: NarrowBoat, Autumn 2014

When this postcard of Stoke Bruerne was first published in NarrowBoat (Spring 2006), the Thomas Clayton wide boat in the lock was wrongly identified as Frays. The doubt about the name was highlighted by Cath Turpin’s follow-up letter (Summer 2006 NB) and it can now be seen from this higher resolution scan that the barrelsided wide boat was in fact Chess. The boat’s horse is by the base of the nearest telegraph pole, behind the man with the bike. Alan Faulkner tells us that Chess, fleet number 34, was built by Costins at Berkhamsted in 1906, registered at Berkhamsted as 437 on 20th November 1906, and gauged at Watermen’s Hall as 14022 on 2nd January 1907. She passed to Thomas Clayton (Paddington) Ltd in 1926. The boiler chimney for the mill, now the Canal Museum, was demolished in 1913, so the photograph post-dates that. Immediately behind the notice board on the left it is just possible to make out the small jetty used by Woodwards for landing coal. There is still … 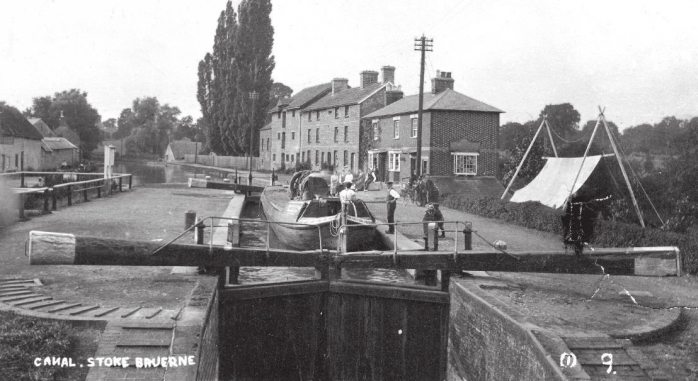