Christopher M. Jones looks at a small north-western carrier based at Droylsden, on the Ashton Canal near Manchester

James Samuel Hall (known as Jim) was born about 1876 in Bugsworth, Derbyshire, the eldest of eight children. Both his father and grandfather were boatmen, and his father also farmed a smallholding of two acres called Tramway Side at Bugsworth. James grew up there and met the woman who would later become his wife, Mary Ann Smith, also known as Polly. Like James, she was born and lived in Bugsworth and was a neighbour. In 1900 they got married at Chinley Congregational chapel in Derbyshire and moved into a house at 16 Globe Square, Dukinfield, by Dog Lane Bridge over the Peak Forest Canal. He was working as a boatman, owning one horse and a boat, and they shared their home with two teenage boatmen living as boarders. They had their first daughter, Maud, at Dukinfield in 1902, and shortly after they moved to Droylsden where they had their second daughter, Ivy, in 1904. The family story goes that James was passing through Droylsden and saw the potential of setting up business there at th… 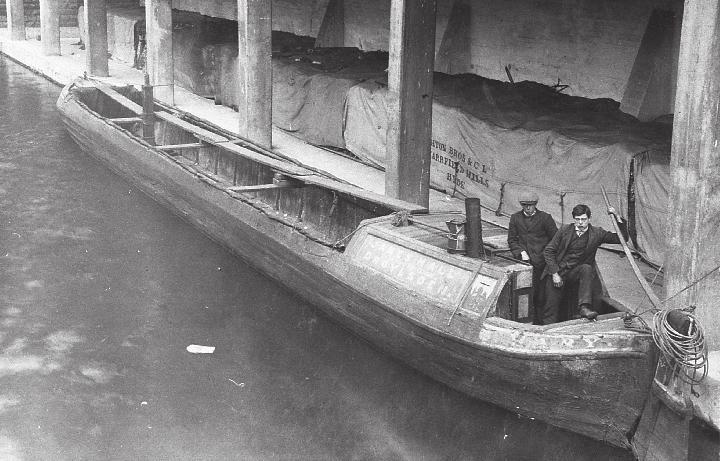