Canals That Never Were: NarrowBoat, Autumn 2014

Situated at the upper end of the Forth Estuary, the important Scottish town of Stirling could be reached by small ships, and there were early proposals to develop inland navigation. John Smeaton investigated a possible way for the Forth & Clyde Canal via Loch Lomond and Stirling, but it was the Kirkintilloch route that was built. The very winding course of the tidal river below Stirling did not favour connecting canal schemes, and trade with Glasgow, Edinburgh, and other lowland towns gradually increased via turnpike roads and the new Forth & Clyde Canal. By the 1830s this justified better facilities, and a prospectus appeared in 1835 seeking capital of £100,000 for a proper canal connection. The alternative option of a railway was considered but not recommended, as the increased speed did not justify the greater costs of construction and carriage. The Engineer John Macneill had surveyed the route, and his 11-mile line continued the summit level of the Forth & Clyde… 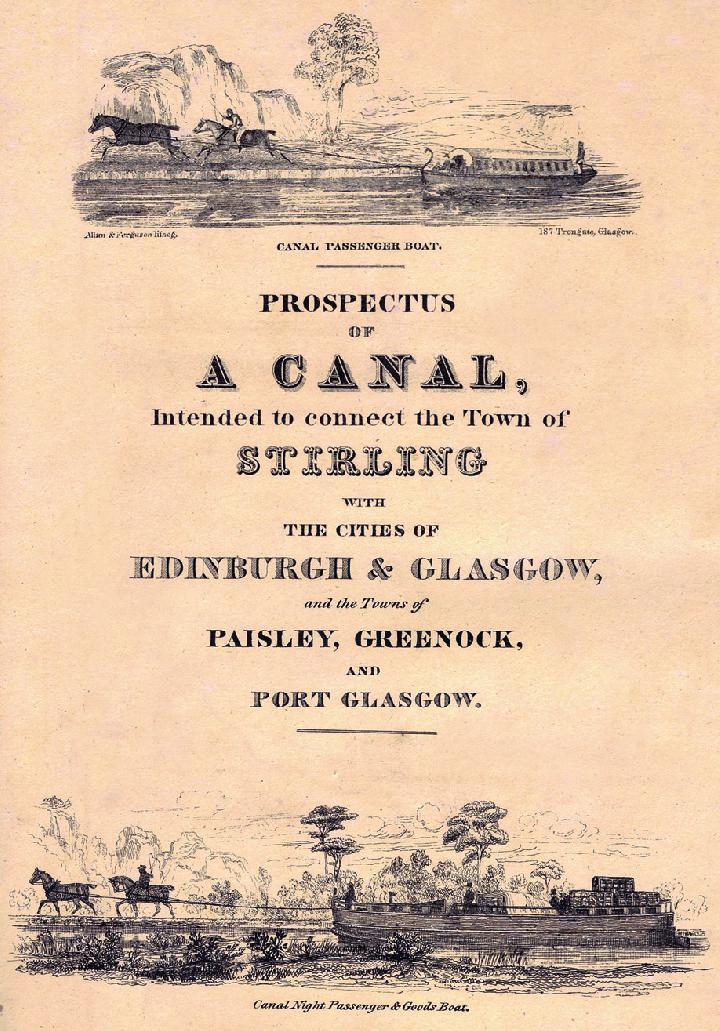