Hugh Potter joined the last shipment in 1981, just as the Sheffield & South Yorkshire modernisation was going ahead

It was ironic that less than two years after work began on the long-awaited enlargement of the Sheffield & South Yorkshire Navigation, one of the main regular traffics ended. On 25th March 1981, the last loads of coal were delivered to Doncaster power station. Coal had been carried by water to the station since it was built in the 1950s, but was also taken by rail. Cadeby Colliery’s loading staithe was in need of repair, and would need resiting once the modernisation of the SSYN was completed, something the National Coal Board would not invest in. In addition, the power station was being put onto standby, so the coal was no longer needed regularly. The coal was brought by railway wagons from the pit to the staithe beside the old river channel which rejoined the main navigation just below Mexborough Low Lock. Here, the railway wagons were tipped into boats waiting beneath. Once loaded, it was a short run for the boats of 6 miles and one lock. En route, they passed under the i… 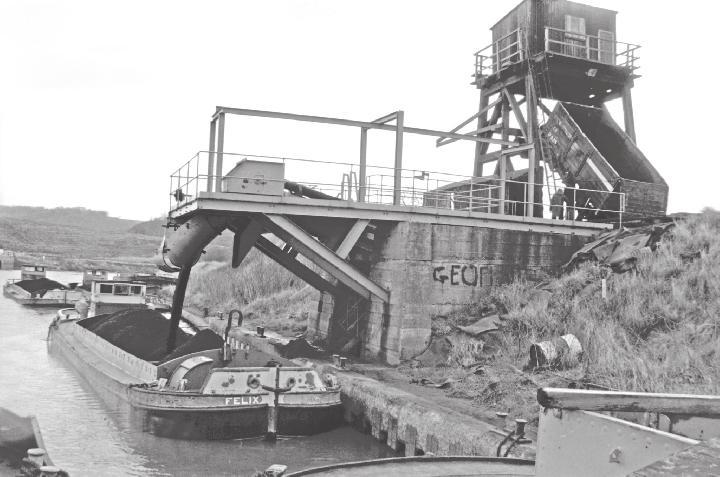