At the end of the 19th century the growing population of Birmingham began to travel out to the countryside for relaxation on their Sundays off work. This was helped by the increasing ownership of bicycles and the expanding tram and rail networks reaching out from the city. By the beginning of the 20th century several pleasure gardens and centres of entertainment had been built to accommodate the demand for recreation and these became very popular. One of these was a pleasure garden set up on the banks of the Stratford-upon-Avon Canal at Yardley Wood to the east of Bridge 5. After the turn of the century, a boat house was established with rowing boats and punts for hire. Gardens were laid out and cabins for refreshments were built, followed by a stage where shows and concerts took place. The area soon became known as Happy Valley. As the popularity of these events spread, the site continued to grow. A horse-drawn passenger boat brought people from the new tram terminus at Alcester Lane… 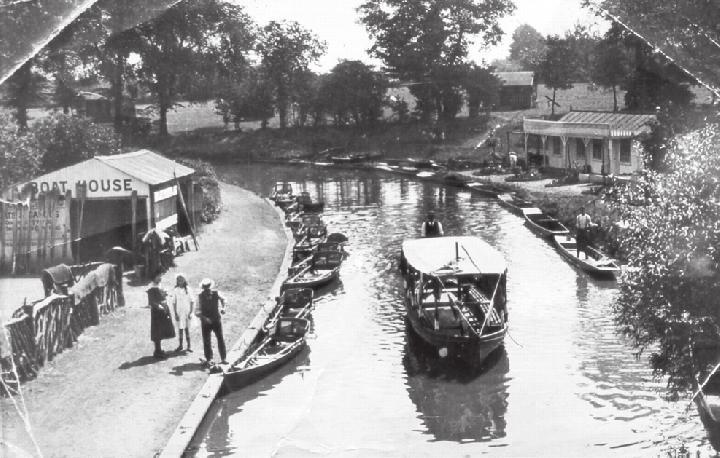