Picturing the Past: NarrowBoat, Winter 2013

This location in Hanwell, north London, is often called Three Bridges because of the bridges taking the road and canal across the railway. A bridge was first built here to carry Windmill Lane over the Grand Junction Canal; these two routes were subsequently altered to allow the Great Western Railway’s Brentford Branch to pass beneath both. The Great Western branch was originally a double-track broad-gauge line, opened in 1859 to serve the railway company’s semi tidal dock at Brentford. This opened onto the Thames immediately upstream of the Grand Junction’s entrance via Brentford Creek. The railway’s dock branch was partially closed in 1964 but survives as a single-track line to a waste transfer and aggregate depot just short of the Great West Road. The double arch ‘buttress’ structure over the railway line is not repeated in the similar cutting north of the bridge and does not appear on an engraving of the location made just before the railway ope… 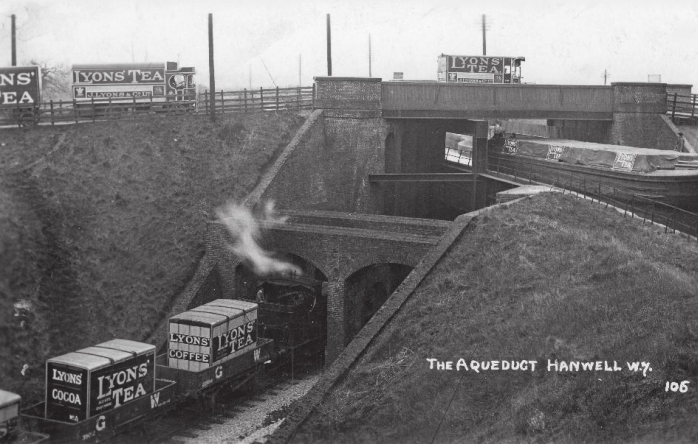