Finding an abandoned canal is usually straightforward after a chat with the locals and some poking about in the undergrowth. But when the area has been redeveloped it becomes much more difficult. Ask around in the Oakengates area of Telford for the location of the old canal, and you will meet only with blank stares and scratched heads – the canal has disappeared from the landscape. The Shropshire Canal, once a busy tub-boat waterway with three inclined planes and two tunnels, is shown on the extract below from Bradshaw’s map of 1830. It finally succumbed to mining subsidence and was closed in June 1858 to allow the building of the London & North Western Railway’s Coalport Branch, which took over both its traffic and its track. Only a few canals in Britain were converted to railways, but the process often destroyed much of the waterway infrastructure, even though the railway usually avoided the more sinuous curves of its predecessor. The railway here was itself cl… 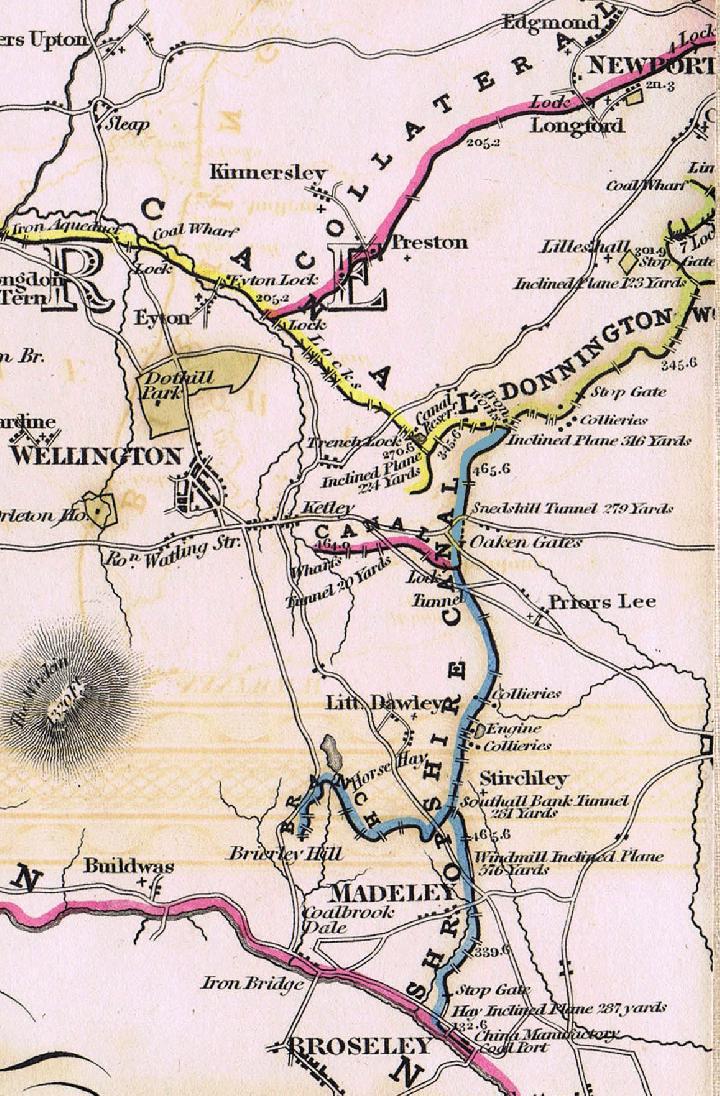