This set of pictures is a unique record of the last days of the nationalised fleet operated by British Transport Waterways on behalf of the British Transport Commission. The Grand Union Canal Company and its subsidiaries were taken into national ownership on 1st January 1948; the BTC was abolished on 31st December 1962 and the canals were then vested in the British Waterways Board. The remaining narrowboat fleet operations were closed down in April 1963 and most of the fleet dispersed, apart from boats used on some specialised operations. Many of the remaining boats were leased by the newly formed Willow Wren Canal Transport Services Ltd, and a number of crews transferred to the new company. These pictures, taken in the early spring of 1962, show boats at the BTW depot at Bulls Bridge, Middlesex, which was the main control and repair centre for the South Eastern fleet, which had dwindled from some 170 operational pairs in 1948 to 45 pairs at this time. Some of the boats seen here are… 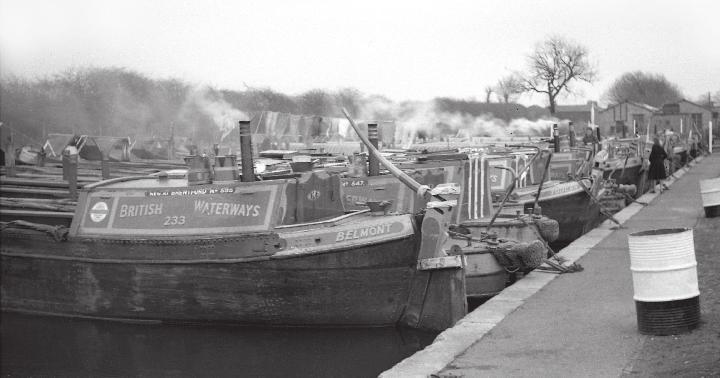